The Zoom H4n has been a staple of the HDSLR dual-system audio realm since the introduction of the 5D Mark II. Over the past few years though, the market has somewhat left the H4n behind with units like the Tascam DR-100mkII and Olympus LS-100 delivering better controls and a lower noise floor.

Tascam has already delivered a second generation HDSLR audio recorder in the DR-60D, which is a revamped form-factor designed with mounting to HDSLRs in mind. Improved preamps also promise better audio quality with a lower noise floor.

On the other hand, Zoom has decided to retain the popular handheld form factor with the new Zoom H6; however, virtually all of my complaints about the H4n appear to have been addressed in the new H6 – and then some.

First off, Zoom has all new preamps in the H6 to deliver a lower noise floor. The H4n had one of the highest noise floors of the handheld XLR recorder crowd, so this is a very welcomed addition. 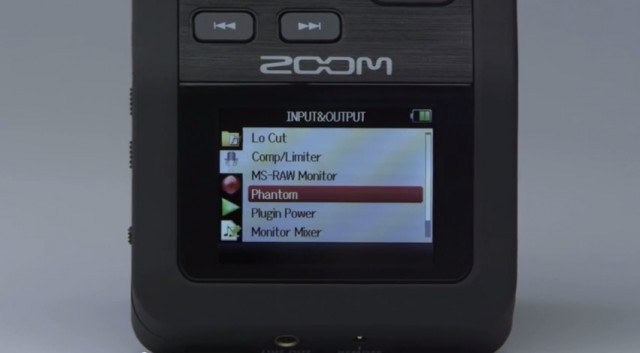 Next, the controls and display have been completely overhauled. Each input now gets its own, dedicated knob to adjust gain. Likewise, the display is modernized and in full color. 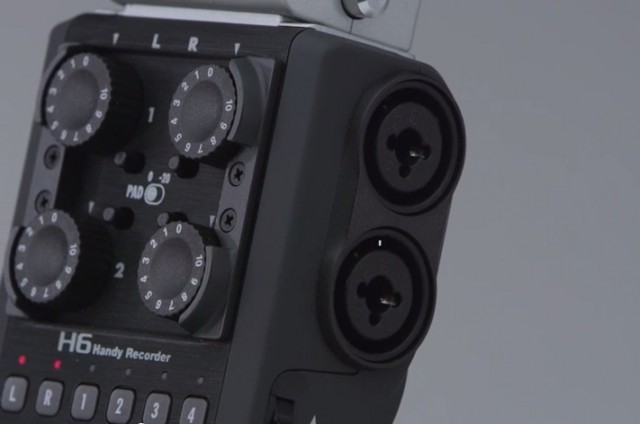 And speaking of inputs, the H6 has 4, yes 4, XLR inputs out of the box. Again, there are 4 independent knobs to adjust gain – one of each channel. The problem with the H4n was that adjusting the gain during recording could lead to an audible clicking sound as you pressed the gain buttons on the side of the unit. 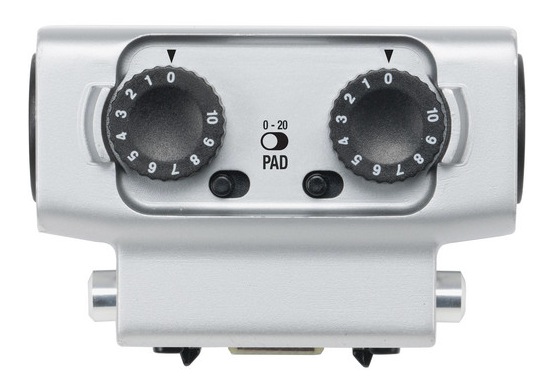 If four XLR inputs isn’t enough for you, Zoom makes an accessory unit that attaches to the top of the H6 and features two more XLR inputs. That’s a grand total of 6 XLR inputs on a single handheld device capable of recording to a total of 6 channels simultaneously  The additional two inputs also bring along their own gain knobs. 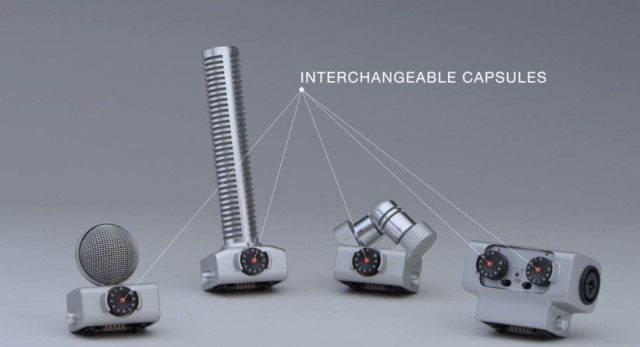 Additionally, the Zoom H6 ships with the standard XY microphone module that we have all grown to love from the H4n; however, the XY mic is detachable and allows additional units like the add-on XLR module noted above to be attached to the H6. It will also ship with a new mid-side mic module. The XLR unit and a shotgun mic unit will be available to purchase separately.

The Zoom H6 will record up to 24-bit 96kHz audio in .wav format and has the ability to capture .mp3 audio as well. It uses SDXC cards up to 128GB in size and doubles a USB audio interface. 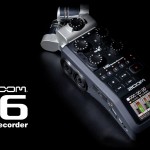 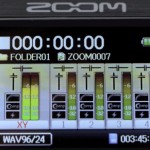 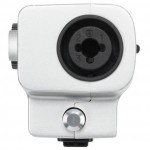