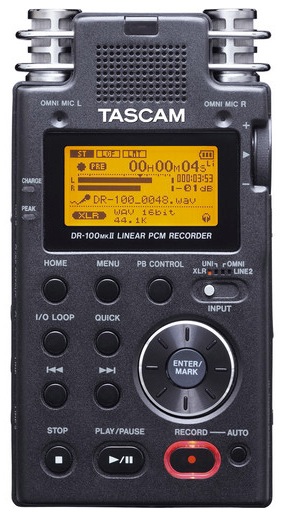 Adorama has the Tascam DR-100mkII for $249.99 (reg. $299.99) through March 5. This is a solid XLR audio recorder the provides phantom power to shotgun mics and other condenser mics. Check it out here at Adorama.

You can also read my earlier comparison review among the DR-100, the Zoom H4n and the Olympus LS100.

Tascam has had a solid range of XLR audio recorders that we’ve come to love for HDSLR video work. The latest Tascam DR-701D retains the functional design of the DR-70D and adds the very useful HDMI input and output.  END_OF_DOCUMENT_TOKEN_TO_BE_REPLACED 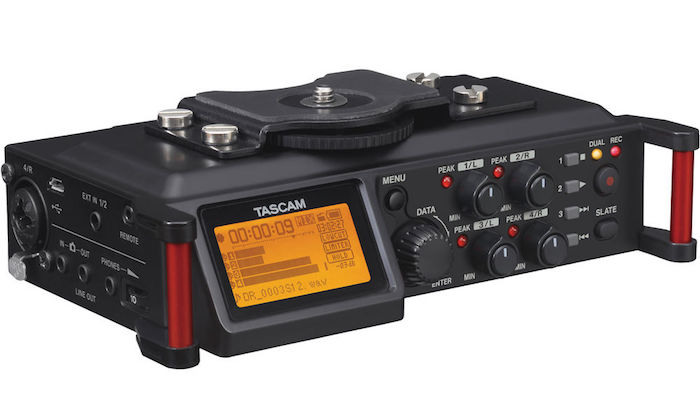 Tascam has announced the DR-70D XLR audio recorder for HDSLR shooters. The unit is designed to mount either on the top or bottom of the camera thanks to a more compact chassis than the DR-60D. END_OF_DOCUMENT_TOKEN_TO_BE_REPLACED

The Zoom H4n has been the go-to external recorder since the whole HDSLR craze started. Zoom has recently announced a couple of new external audio recorders in recent months – with the Zoom H5 being the entry-level and more direct replacement for the H4n. B&H now has the Zoom H5 available for pre-order with availability set for July 28, 2014. You can find it here at B&H Photo.

The Zoom H4n has been a staple of the HDSLR dual-system audio realm since the introduction of the 5D Mark II. Over the past few years though, the market has somewhat left the H4n behind with units like the Tascam DR-100mkII and Olympus LS-100 delivering better controls and a lower noise floor. END_OF_DOCUMENT_TOKEN_TO_BE_REPLACED

Here are a couple of great videos on some common audio recorder comparisons, as well as a look into mic polar patterns and best practices for recording audio with your HDSLR video.  In the first video we get a look at the noise levels on the Zoom H4n, Tascam DT-100 MKII, Sound Devices 702, Beachtek DXA-SLR PRO, Edirol R44, Tascam DR-680 and the juicedLink Riggy Micro and Riggy Assist.

This is a great video to bookmark for reference given all of the mic comparisons within. Being a big fan of the Tascam DR-100 MKII, I was rather surprised at how well the juicedLink Riggy preamps performed when recorded direct to camera.  They are obviously doing some good work over at juicedLink.

Next, take a look at this video with Olivia Speranza and Robert from juicedLink as he goes over some mic performance and behaviors, as well as other best practices when recording audio for video. 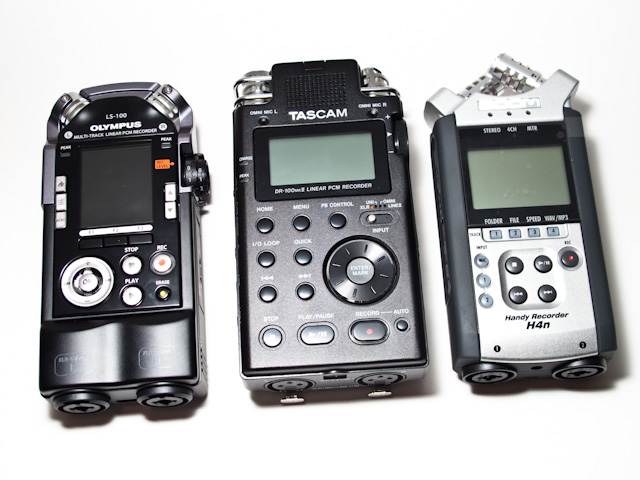 I’ve been using the Zoom H4n for a couple of years or so now when shooting with HDSLRs like the 5D Mark II and 7D.  Tons of other users around the world have been using it as well.

The Zoom H4n has a lot of stuff going for it – it’s compact, it’s relatively inexpensive and it provides much better sound quality than you get out of your DSLR’s internal mic.  However, the Zoom H4n isn’t the only game in town. END_OF_DOCUMENT_TOKEN_TO_BE_REPLACED