This photo booth pranks is quite mean; however, it produced some funny reactions. The poor folks that walked into this photo booth of horror thought they were going to get their picture taken. Then, just as the camera was supposed to snap their fun pic, two guys pulled back the curtains and scared the crap out of everyone inside. 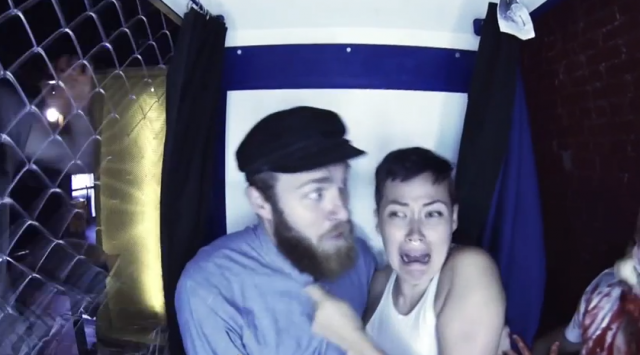 These poor souls are probably ruined from using a photo booth for life now. However, if you are ever setting up a photo booth at a party, you now have one more idea to build on.