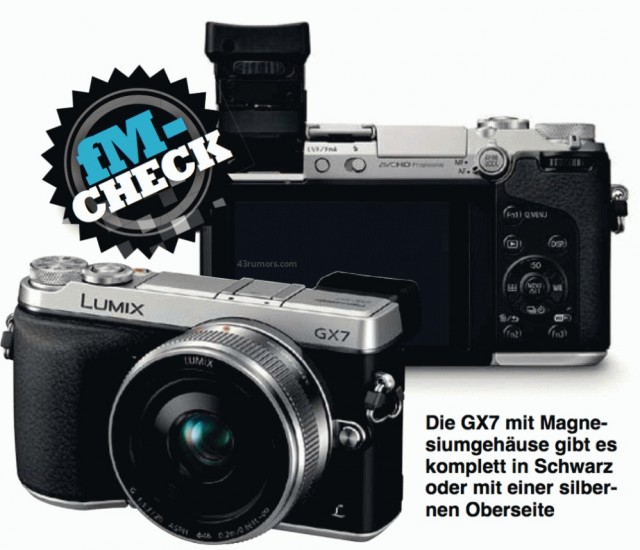 A German magazine has leaked out the new Panasonic Lumix GX7 mirrorless camera. The Micro Four Thirds shooter should feature sensor-based image stabilization (a first for Panasonic) and ship in September 2013.

The leaked specs note a 16MP sensor; however, conflicting reports point to an 18MP sensor. Other comments in the specs suggest it features the same video quality as the Panasonic GH3, which happens to sport a 16MP sensor. Accordingly, I would lean toward the notion that Panasonic will reuse the solid 16.05MP sensor from the GH3 in the upcoming GX7.