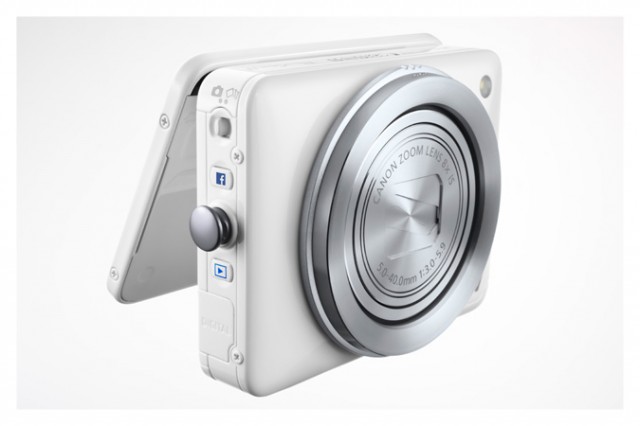 Alongside the PowerShot G16 and other PowerShot models introduced today, Canon unveiled a new PowerShot N model with a feature upgrade that allows you to share images from the camera directly to your Facebook account.

Of course, you’ll have to be connected to WiFi or your smartphone in order to upload photos to Facebook since there is no built-in cellular connectivity. 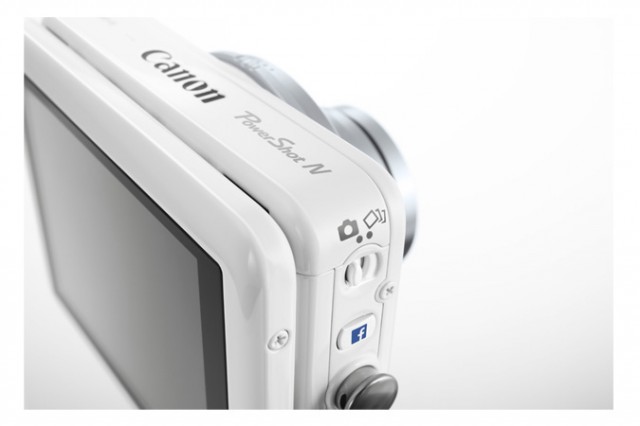 The new PowerShot N Facebook version is virtually the same camera as we saw back at CES 2013 except for the Facebook integration. It sports the same 12.1MP sensor and 8x zoom lens, along with the 2.8″ capacitive touchscreen.

The PowerShot N’s controls are unique and push boundaries that are nearly set in stone from a camera operation point of view. The compact N fits easily in the palm of your hand and there is no certain up or down to the camera – notwithstanding the written labels or tripod mount. The camera can be operated normally when oriented upside down.

Oddly enough, the Canon PowerShot N Facebook-ready version will only be available direct from Canon. It is priced at $299 and should ship in September.