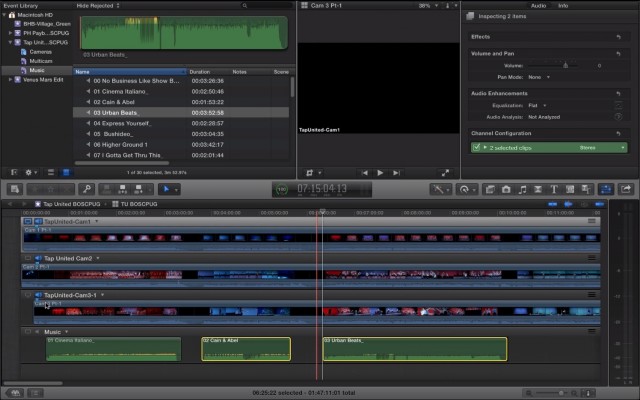 In this demo, he walks through a typical FCP X multicam edit and really shows off the power and efficiency of multicam edits in FCP X.

I have been pretty heavily invested in multicam editing in Premiere Pro going back to CS 5.5. It has mostly worked well; however, I am impressed with what Consoli is doing in his workflow and look forward to taking FCP X for another spin in my next multicam edit.