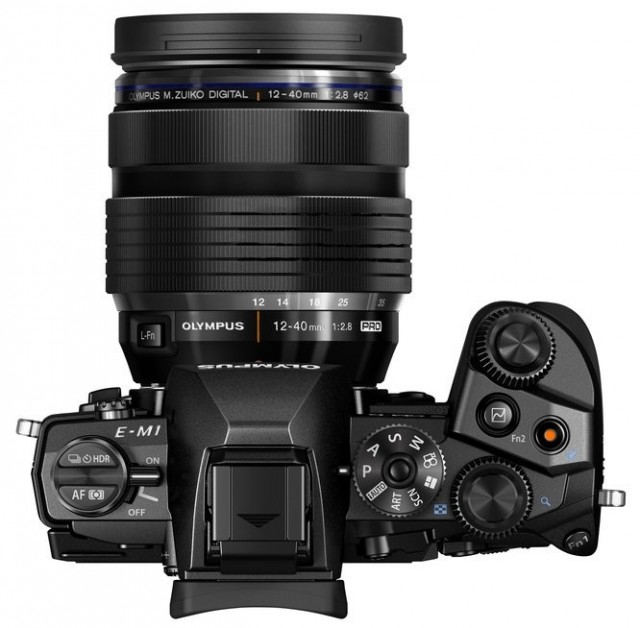 This time we a treated with an overhead view of the E-M1 with the 12-40mm f/2.8 lens attached.  Although, this is not part of the official Olympus teaser.