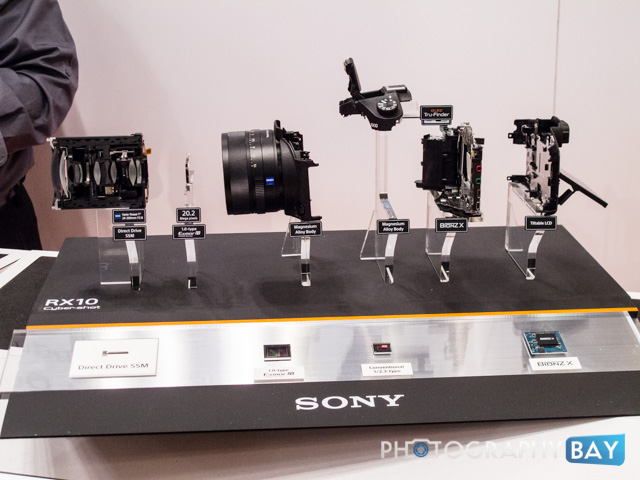 I was surprise at how light the body is when I picked it up. I was expecting it to have more of a mirrorless or DSLR feel to it; however, it’s really just plastic housing holding the guts of a RX100. (Update: Apparently, the housing is magnesium alloy with some weather sealing; however, it just doesn’t have a very robust feel to it.) The lens is another story. There’s a lot of glass in this point and shoot superzoom. The RX10 is definitely front heavy. The overall balance isn’t bad, but you’ll definitely notice it. 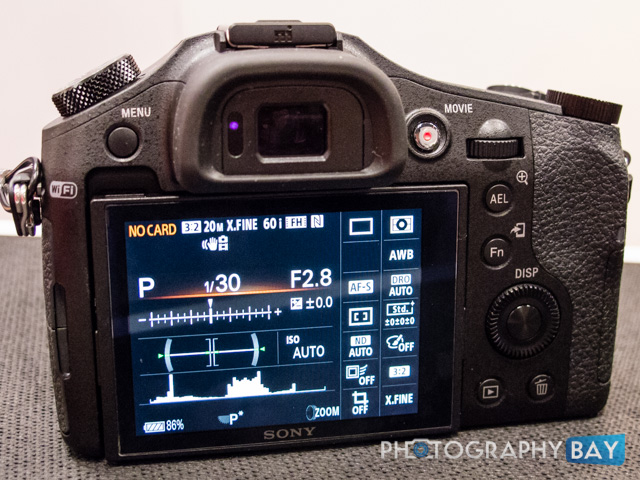 There are two rings on the lens barrel. One ring is marked as the aperture ring and the other ring can act as a focus or zoom ring, which is a drive-by-wire design. The big ring works as a zoom ring when in AF modes and as a focus ring when in manual focus mode. There’s also a zoom rocker switch around the shutter release for an alternate zoom method. While the zoom ring works well, the drive-by-wire feel isn’t as fast or smooth as a true mechanical zoom ring. 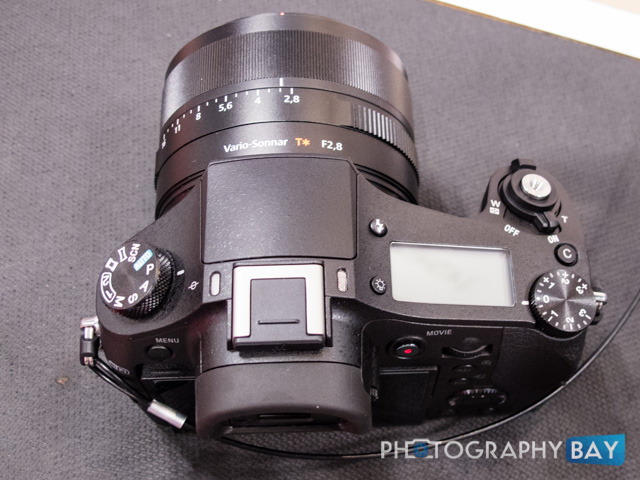 We all have a pretty good idea of what to expect for image quality with the RX10, which should be very solid as we’ve seen in the RX100. In my short time of shooting with the RX10 on the show floor, the striking thing about the RX10 is the nice bokeh you get from the f/2.8 lens at the long end. It’s also going to help out with giving better shutter speeds in low light (The RX100 gives you f/4.9 at the long end with a 100mm equivalent reach). 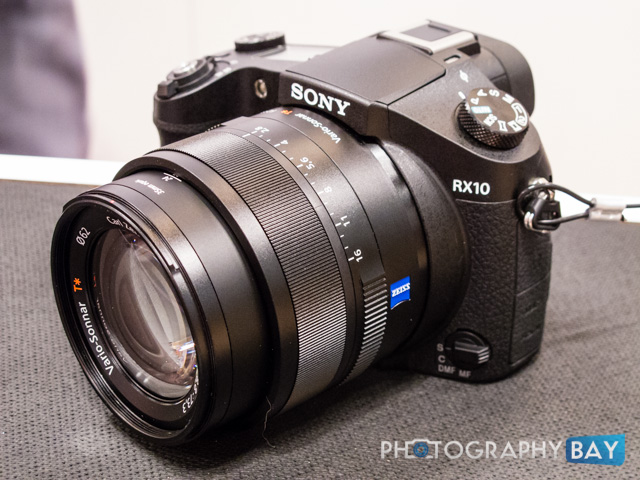 Let’s not forget that this thing shoots 1080p HD video as well. This could be a great little all-in-one option for run and gun video. 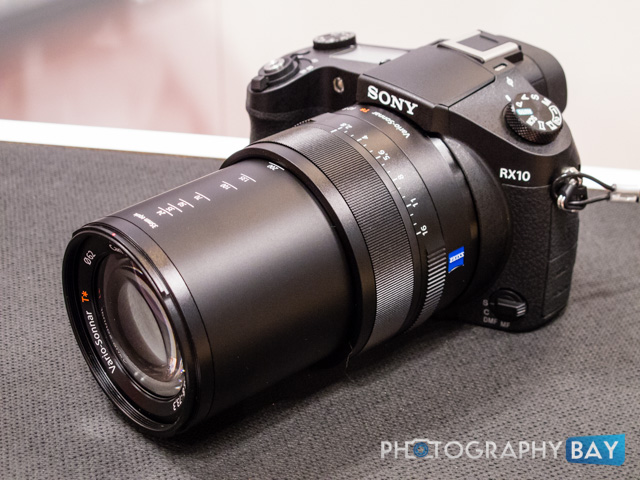 A lot of folks are going to be turned off by the $1300 price tag; however, the value is in the lens, and for the people who appreciate what this camera offers, it could be a match made in heaven. With the 1″ sensor, the RX10 is still going to be a ways off from a mirrorless camera or DSLR with an APS-C or larger sensor. However, you won’t find a 24-200mm f/2.8 lens on either of those cameras and a comparable kit is going to run you at least $2500 in lenses alone. 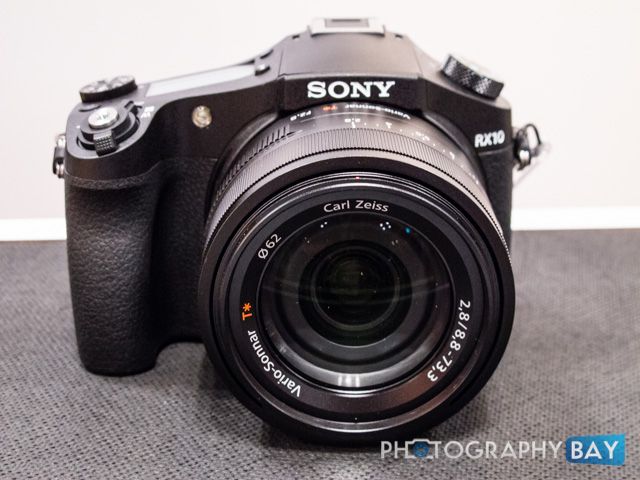 In sum, for those looking for an all-in-one camera solution, the RX10 is certainly something to look at. The RX10 has just redefined the “superzoom” category. Just as the RX100 became the new measuring stick for pocket cameras, the RX10 is going to do the same with superzoom cameras.

You can find the Sony RX10 here at B&H Photo. 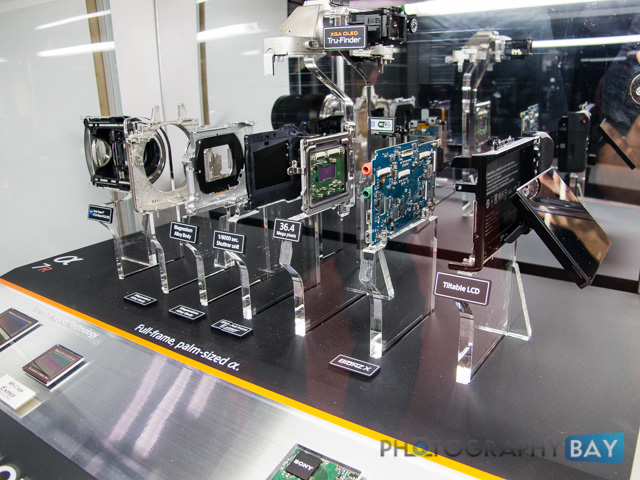