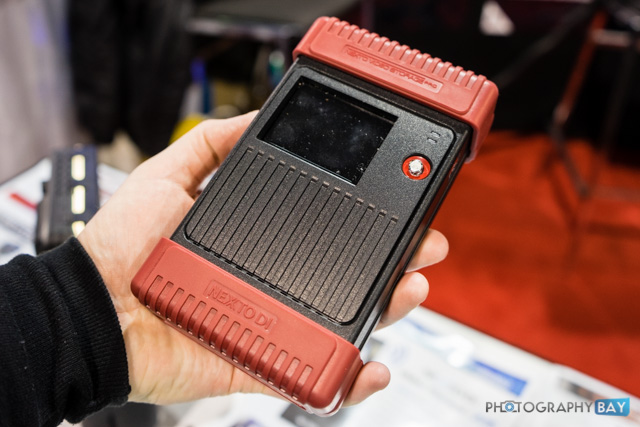 The NEXTO DI NVS2825 is a portable video backup drive with some powerful features. The NEXTO line of backup drives have previously been relegated to serving simple backup drives with some “kinda cool” features; however, the NVS2825 adds some file handling features that make it a most impressive tool for video professionals.

The NVS2825 is available in 512GB and 1TB SSD drives or a 1TB spinning drive. It supports CF, SD, SxS and P2 cards for direct import onto the units drive. The internal battery will give you about 2 hours of run time and with the external battery, you get 3 hours.

It is formatted ExFAT, so it handles individual files larger than 4GB. It has a small LCD screen and a headphone jack for preview files. Additionally, it’s big new feature is WiFi support, which allows you to connect to an iOS or Android device to preview files, mark selects, mark in/out points and even generate FCP compatible XML for direct import into FCP, Edius and Premiere Pro. 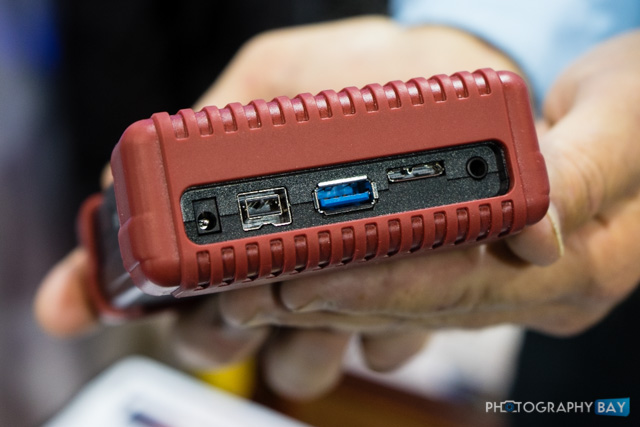 I caught a demo of the NVS2825 in action with an iPad at CES 2014 and have to say that it is pretty amazing what you can do with this handheld device. An iPad and the NEXTO DI NVS2825 could make for a very productive flight after a lot of shooting.

It has USB 3.0 and Firewire 800 ports for transferring files to your drive once you get back to your computer. Of course, the USB 3.0 connection will demolish the speeds you get from FW800. You can also use the USB 3.0 port for backing up to a second drive while you’re importing your card to the device.

Here’s a rundown of the device in the video below from Fstop Academy.

As professional video gear goes, the NEXTO DI isn’t what you would call cheap, with the 1TB SSD model ring in at $2600. However, there is a whole lot of value built into this backup solution. If you need faster access to your files than what your travel schedule will permit, the NEXTO DI NVS2825 is a powerful option. Check it out here at B&H Photo.