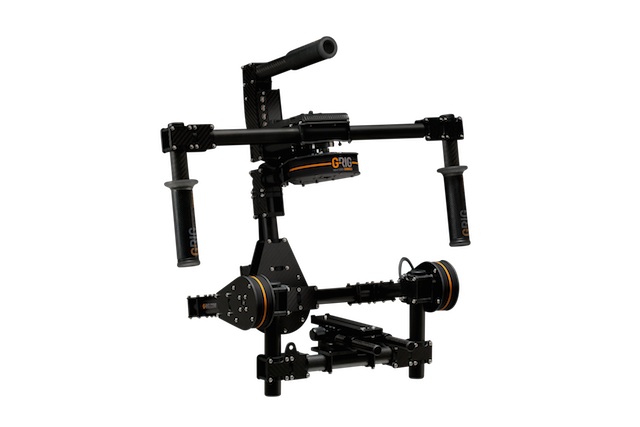 After last year’s release of the handheld “game changing” Movi stabilizer, we are fully expecting plenty more gimbals from a number of companies. One of those is the new G-RIG VALOS solid state gimbal, which is launching this week at NAB 2014. 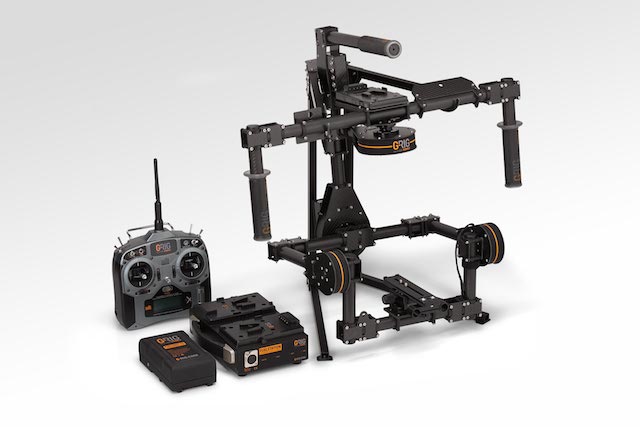 The electronic gimbal counteracts operator movement for a stabilized effect. The system is designed for movie cameras up to 6 kg (about 13 lbs).  The G-RIG VALOS is powered by included V-mount batteries.

It retails for $11,900 with pre-orders starting on April 7. More details here on G-RIG’s website.

Innovation made in Austria:

G-RIG, the camera system perfected by two Austrians, is about to conquer the world

The gyro-stabilized camera system has the potential to revolutionize the world of filming due to its simplicity and ease of operation. After more than one year of intense designing, the two Austrians Clemens Fischer and Wolfgang Vogel will exhibit their new system at the NABSHOW trade fair in Las Vegas from 7 to 10 April.

Vienna, March 27, 2014. G-RIG’s novel camera system VALOS is a motor-operated 3-axis system that stabilizes filming and substantially enhances hand-held camera shots. The new VALOS-system by and large replaces the “Steadicam” known in the movie industry. A highly sensitive sensor detects natural body movement. The movement information is quickly processed by a microprocessor and passed on to the motors. These motors move the camera, which is mounted on the system, equally into the opposite direction of the natural movement. This creates a stable horizon, enabling smooth and steady motion pictures.

The system is basically designed for movie cameras up to 6 kg. The architecture of VALOS makes it independent from any kind of attachment to the floor, vehicles, persons or other given options and still delivers perfect shooting results.

One big advantage is the unrestricted liberty of movement. Thus, e.g. tracking shots from the floor to an overhead position can be performed. A single battery provides full power supply to all the system’s components. The “V-Mount Battery”, which is included in the delivery as “FUELUNIT”, has proved itself in the practice of professional filming for years. Furthermore, VALOS stands out due to its “Ready to Shoot”-concept. This means that the operator can work with the system without purchasing any further products and start after only a short training period – in contrast to the Steadicam. An app for iOS and Android Devices is included and allows an easy configuration of the system software.

High-Tech: Action above water, on land and in the air

VALOS is splash-proof and can also be used in rainy conditions. The light weight and slim construction make it very flexible in use. Therefore it is possible to shoot on, out of or in vehicles without any additional mounting. The system also stabilizes filming from aircrafts, e.g. helicopters. Of course, it can be used on in-line-skates or Segways as well.

Clemens Fischer (42), cinematographer and producer, and Wolfgang Vogel (40), engineer and IT specialist, decided to create their own solution after an unsuccessful search for such a camera system. Both of them have over 20 years’ experience and the necessary creativity. They have finished building VALOS after one year’s work and it is now ready for presentation at NABSHOW in Las Vegas.