Previously, I shared the Sony A7s press conference unveiling and a rudimentary ISO test of the Sony A7s with several sample images at 100% shot on the show floor for NAB 2014.

As you may recall, the Sony A7s was announced alongside a new 28-135mm cinema power zoom lens. Here is what the lens looks like attached to the Sony A7s.

While we still don’t have a price, release date or other info about the new lens, we can expect it to run a pretty penny by just looking at the construction of the lens.

Maybe it won’t be as much as Canon charges for its cinema zooms, but it should easily be in the thousands. 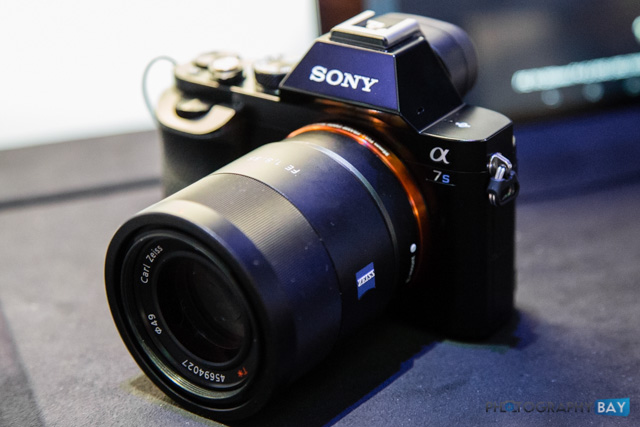 Along with the rest of these photos of the A7s from the Sony booth at NAB, check out this video of the Sony A7s’ footage in very low light conditions.

Here are a couple photos of the A7s kitted out with the XLR adapter on a shoulder rig and the the Atomos Shogun 4K HDMI recorder.

And finally, here’s another look at the base A7s unit from the rear. Still no official pricing on the Sony A7s; however, B&H has it listed here.