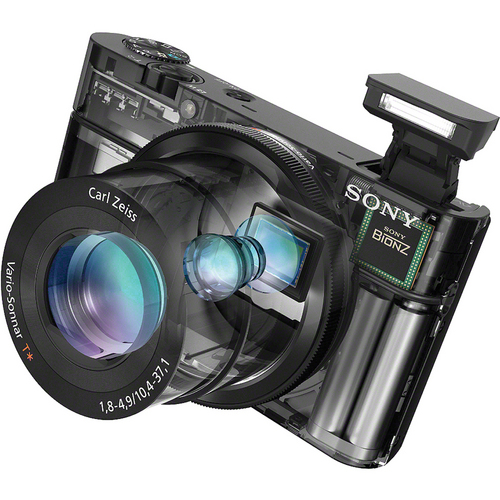 If Sony is planning to put such a lens in the RX200, expect the size and weight to increase noticeably. While Sony can make the optics more compact, there is a physical limitation of the element size on the telephoto end of the lens that is impassable to reach an f/2.8 aperture. Based on the sizes of the RX100 and RX10 lines, I think it would be difficult (if not impossible) for Sony to build such a camera with the f/1.8-2.8 lens and make it any more pocketable than the Canon G1 X line.

This patent application was filed in September 2012 and just published last week, so it is possible that Sony has already passed on the idea and opted to move the RX100 a different direction and let the RX10 line handle the big aperture glass (with its 24-200mm f/2.8 equivalent lens).

What do you think about such a lens option? Would it be worth the size sacrifice to follow the RX100 II with a new camera that is larger in order to be able to stay at f/2.8 when at full telephoto? What about price? Would it be worth more than the $700 asking price for the current RX100 II?

[via Egami and Photo Rumors]