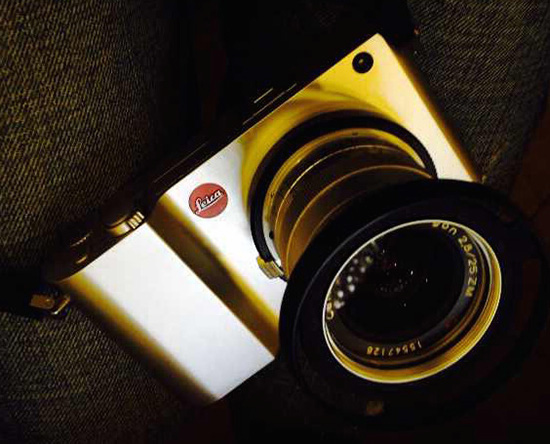 The Leica T type 701 mirrorless camera is expected to be announced this week on April 24. The above image is believed to be a photo of the actual camera with an M-mount lens adapter attached.

The camera is believed to be a new model (not something rehashed from Panasonic) featuring an APS-C sensor and an optional EVF available. New T-series lenses will be released alongside the camera for the new Leica mount and, of course, the M-mount adapter seen in this photo will allow users to mount Leica M lenses on the camera.

The price is expected to be over $3000 for the camera and kit lens.

Stay tuned for new leaks and rumors, along with the official announcement later this week.