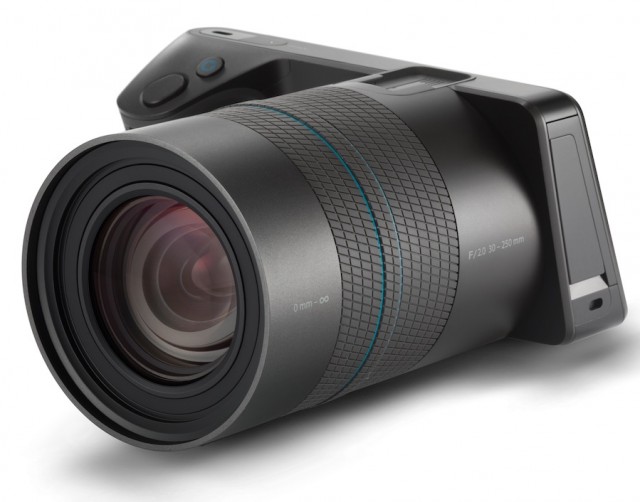 Lytro has announced the new Lytro Illum as a more traditional DSLR-style body but still featuring the focus-later imagery we’ve come to know from Lytro. 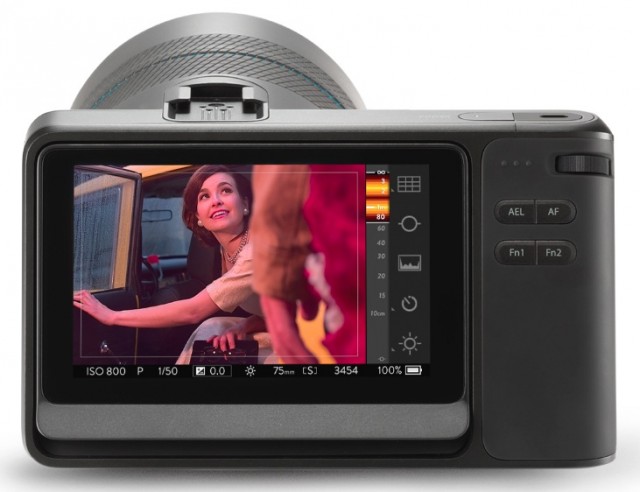 The Lytro Illum features a 40-megaray light field sensor that is 4x larger than the Lytro consumer model, along with an 8x optical zoom lens (30-250mm equivalent) with a constant f/2.0 aperture throughout the zoom range and a 1/4000s max shutter. The camera has a 4-inch, articulating touchscreen display on the rear and a hot-shoe on top. The camera offers Program, ISO Priority, Shutter Priority and Manual shooting modes.

The power of the Lytro Illum is harnessed by Lytro’s own software platform, which offers virtual camera controls in post-processing, including aperture focus and perspective adjustments. Additionally, the software provides physically accurate tilt control for slight changes in perspective and can display 3D photos on 3D-capable devices. Lytro also says that the workflow is compatible with existing photo-editing suites like Photoshop, Lightroom and Aperture. You can store your Lytro images where they can continue to be manipulated online on Lytro.com for free.

The Lytro Illum launches in July for $1599; however, those who pre-order before July 15 can get it for $1499, along with an extended two-year warranty and access to Lytro’s “inner circle” user group. You can pre-order here on Lytro’s website. 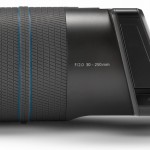 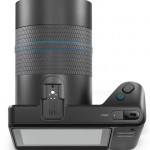 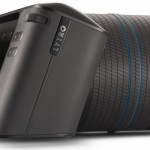