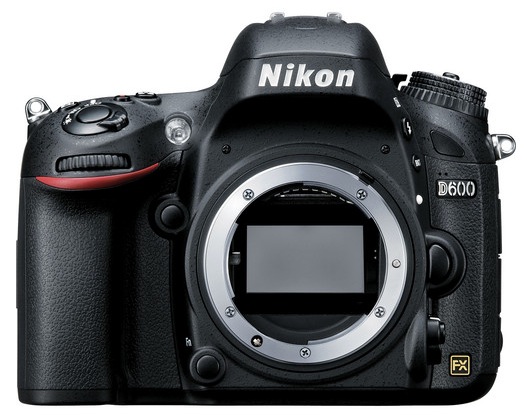 It took Nikon quite some time to fess up to an actual problem related to the D600. Nikon released a D610 model on a fast track release schedule but offered no acknowledgement of a problem with the D600 – even though the D610 was the same camera with a new shutter mechanism.

After it replaced some D600 units with new D610 units for some customers, it looked like the problem was headed to a class action legal battle (it still might be). While the class action lawsuit was just starting to swirl, Nikon seemingly came clean and agreed to replace the shutter mechanism in all users’ D600 cameras.

This little sensor spot problem has proven quite expensive for Nikon – to the tune of 1.8 billion yen (or $17.7 million USD).

Q:  What can you tell us about the warranty reserve for the D600?

A:  With regard to the issue of the D600 digital SLR camera that we announced on March 28th, 2014, we allocated 1.8 billion yen for warranty reserve in the year ended March 2014 to cover the cost of repairs and replacements. We are taking this matter very seriously, and we will continue to offer users of the D600 a special service and , while we will be taking steps to restore confidence in the Nikon brand.

Q:  What can you tell us about the inventory level?

A:  We have no concerns for the level of our inventory on hand. Regarding the amount of channel inventory, we have somewhat of a surplus at the moment due to the downturn in market conditions, but it is approaching proper levels compared to the situation at the end of December, 2013.

Nikon’s problems with the D600 are likely not over. There is still plenty of inventory still out in retailer channels around the world. It sounds like that $17.7 million was only allocated for Nikon’s prior fiscal year. Will 2014 take another big chunk out of Nikon’s bottom line for D600 warranty repairs?

Also, there’s that pesky class action lawsuit wherein Nikon’s willingness to repair D600 units doesn’t quite cover everything involved. There are plenty of consumer protection claims in the class action suit that don’t necessarily hinge on actions taken after the fact. There are probably also going to be D600 owners who have sold their cameras and lost money in those transactions, which is something that a free repair won’t cover.

What a thorn in Nikon’s side the D600’s defective shutter has been. On the one hand, I hope this can be quickly resolved and Nikon can get back to focusing on producing solid new products. On the other hand, I know there are many bitter Nikon customers who were so frustrated that it took Nikon so long to admit that the D600 was defective. Nikon has taken a nasty black eye when it comes the confidence of many pro and prosumer customers thanks to its unwillingness to be up front about a problem it knew existed all along.

Hopefully, those making the decisions at Nikon HQ have learned a costly lesson. Trust is so easy to lose but very hard to regain. And when you are asking people to pay thousands of dollars for your products, losing that trust can have a devastating effect on your bottom line.