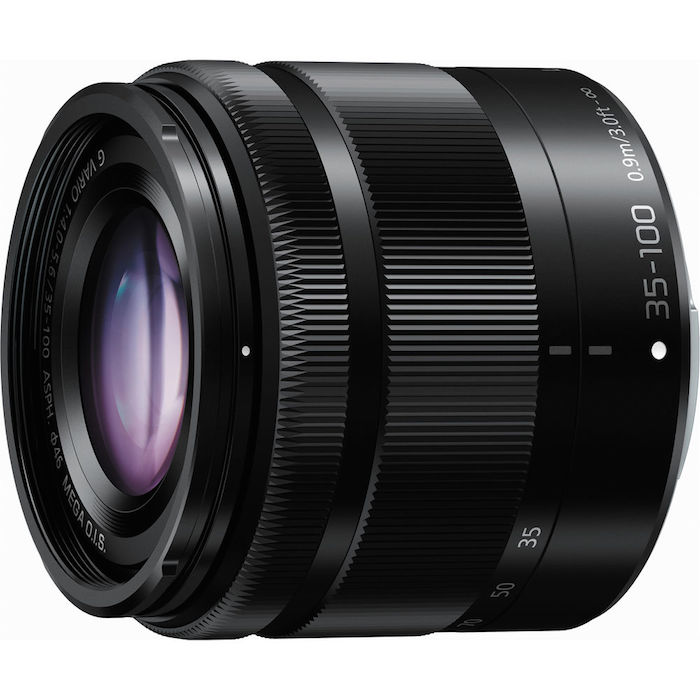 The new 35-100mm f/4-5.6 lens (70-200mm equivalent) has a compact design with a retractable barrel and is comprised of 12 elements in 9 groups, including 2 ultra extra-low dispersion elements and an aspherical element. It also offers built-in optical image stabilization to reduce camera shake-induced blur in images. It has a stepping motor for silent focusing as well as 7 aperture blades.

The 14mm f/2.5 II (28mm equivalent) is comprised of 6 elements in 5 groups, including 3 aspherical elements, and has 7 aperture blades. It is an internal focusing lens and includes a stepping motor, which allows for smooth and silent focusing and qualifies the camera as a Lumix HD lens.

The new 14mm f/2.5 II lens should be available in November 2014 as a replacement for the previous version.