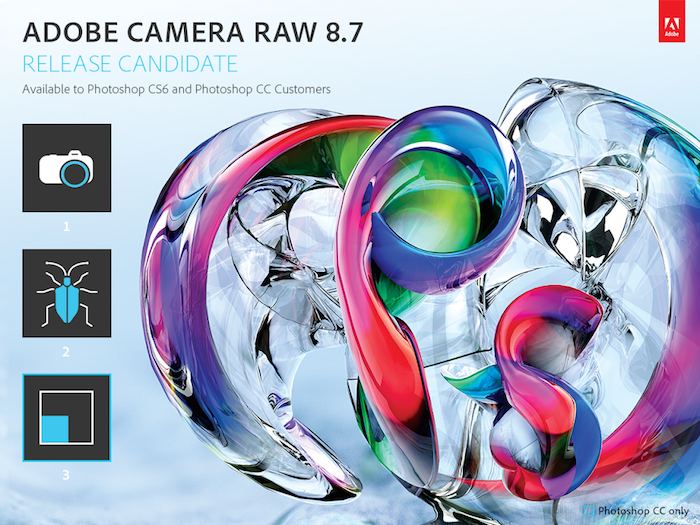 Adobe has announced a release candidate for Camera Raw 8.7, which adds RAW file support to several new cameras listed below.

DNG Converter 8.7 RC was also announced for those using legacy versions of Photoshop.

You can download the release candidates at the following link from Adobe Labs:

Remember, this is a release candidate, which means it has been pretty well tested and Adobe thinks it is ready for full release; however, it’s recommended that you keep production work to prior versions until the official release drops. Expect those to come soon though. Release candidates mean that the final versions are just around the corner.