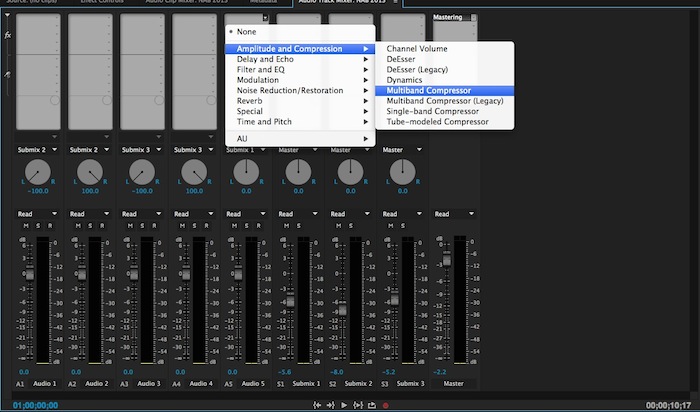 Adobe released and update for Premiere Pro to version 2014.1, which adds several new and interesting features, including some new audio features like improved AAF. You can read all about the update here on Adobe’s Premiere Pro blog.

While there are some seriously slick new features, it is still missing some basic functionality that would allow video editors to be more efficient editing and remaining inside of Premiere Pro. 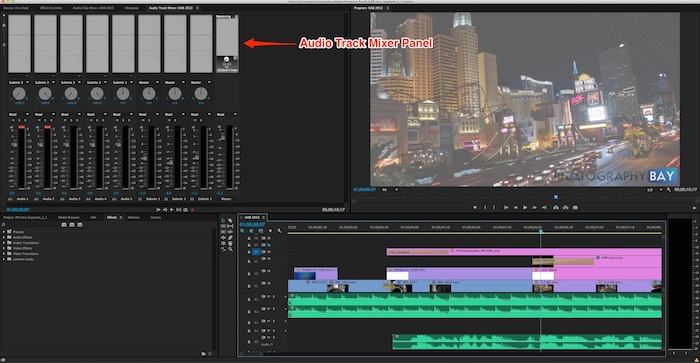 Let’s look at the Audio Track Mixer, which is shown in the form of a panel that generally resides in the top-left quadrant of the default editing layout. The audio track mixer allows you to make global adjustments to a single track, as opposed to individually adjusting clips on that track. You can use the same audio effects that you pull from the audio effects bin and drop onto clips. 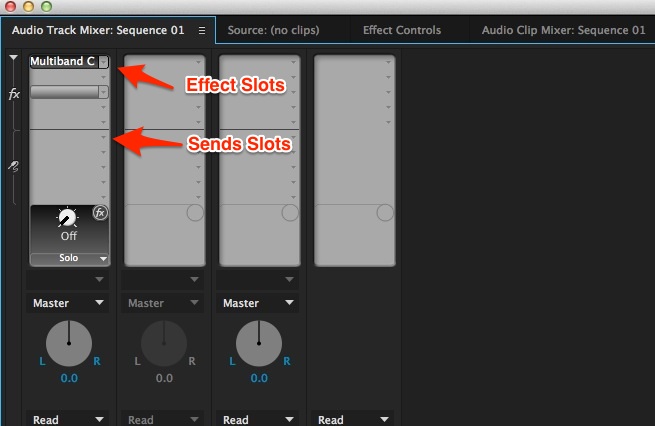 You can also use the track mixer to assign sends for tracks to submixes of grouped tracks and then globally apply effects, levels and so on to all the tracks within that submix. It can get fancy and complex really quick; however, it is a very powerful audio mixing tool right within Premiere Pro.

Now, lets say you’ve got an effect dialed in for a particular room and/or speaker. On a totally unrelated shoot, you bring that footage into Premiere in a new project and you want to apply that effect to the entire track from your new shoot edit…

Just grab your custom preset that you created from the previous project, right? 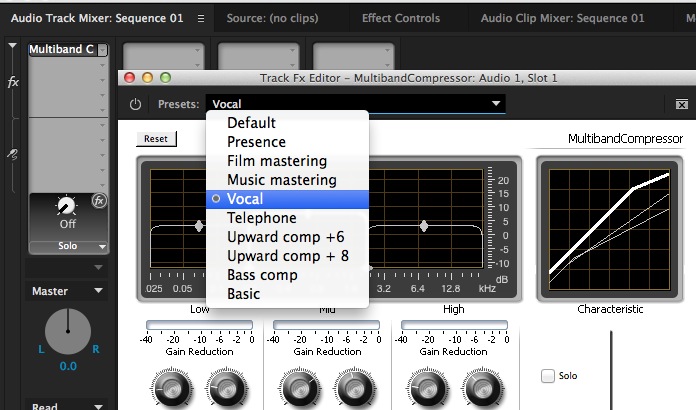 Adobe has several canned presets for audio effects that you can use the drop-down menus in the Audio Track Mixer. Often times, these presets are great places to start; however, they are rarely used without at least some adjustments.

And I’m not the only one who has an issue with this.

I’ve talked to Adobe engineers at NAB about this before and I got more of an “ugh” than any real hope that this will happen. The explanation I received was that making this happen required changing the underlying architecture for what was an admittedly clunky portion of the application. Frankly, I love the Audio Track Mixer panel and I think most folks familiar with Pro Tools and traditional DAWs would feel the same way if it just had a little more love without messing with the logical layout of the panel’s interface.

Yes. There are several workarounds that you can do right now. To name a few:

I’ve used and still use all of these workarounds; however, the short of the matter is that they are still workarounds and are all inefficient compared to the simple operation of being able to quickly recall a custom user preset.

So that’s it Adobe. Please make it possible to save custom user presets for recall in the Audio Track Mixer Effects Slots.

As a bonus request, allow us to Alt-drag and copy an effect from one slot to the other. It’s a simple and extremely efficient operation in Pro Tools and would be warmly welcomed by yours truly in Premiere.