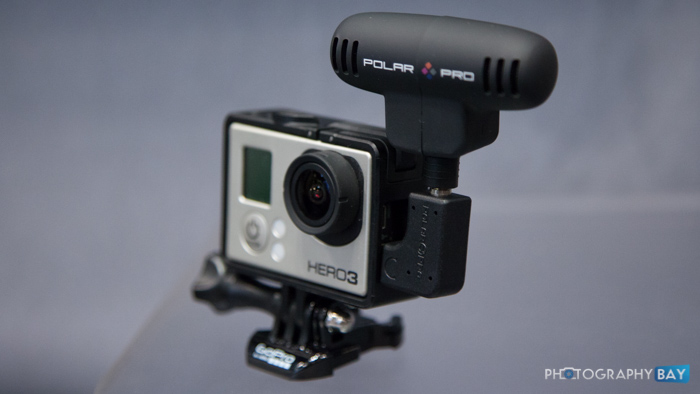 The Polar Pro ProMic is a small microphone capsule that attaches to your GoPro HERO’s audio out port via a right-angle adapter. The ProMic then sits above the GoPro and captures audio instead of the internal mic. 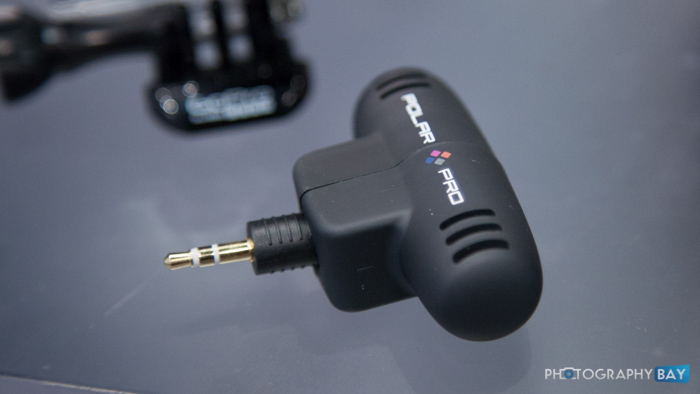 In order to use the Pro Mic, you’ll have to use the GoPro with the Frame, Skeleton or Naked housings. The mic ships with a windscreen, which is something the GoPro cameras don’t offer and one of the bigger pains in dealing with GoPro audio. 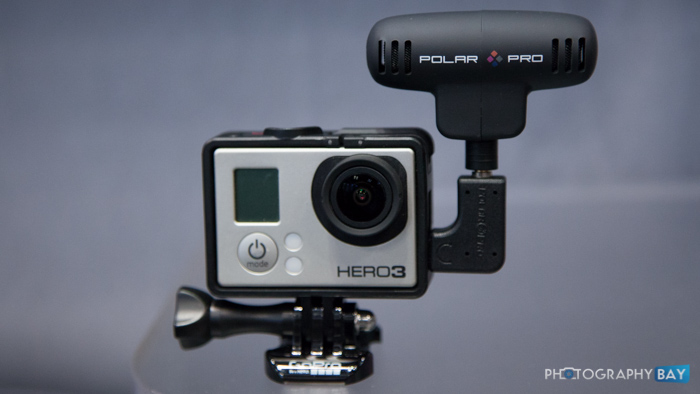