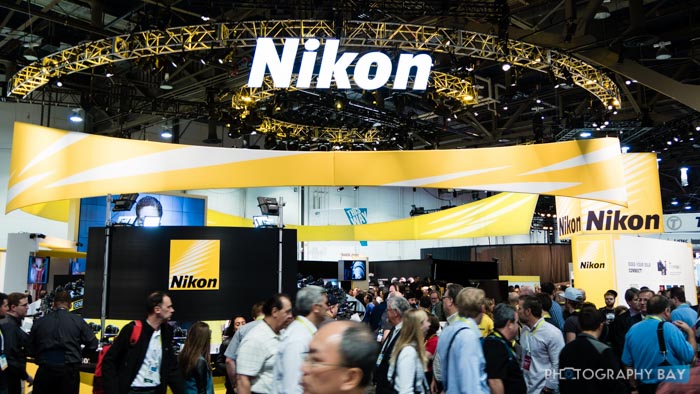 Nikon had a great booth at CES this year – probably the best among photography companies at CES. 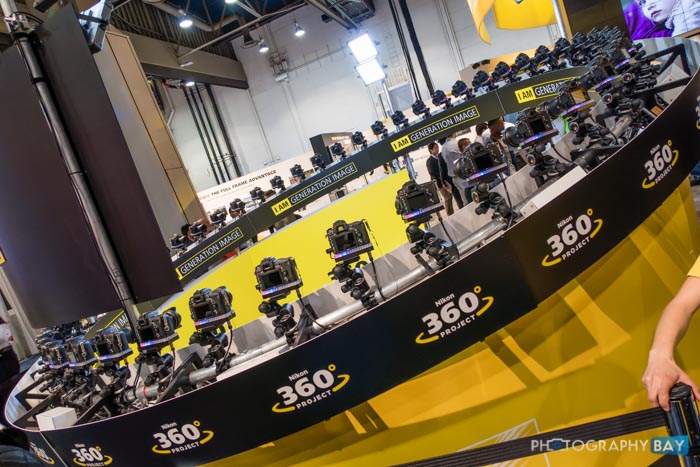 The highlight of the booth was the Nikon 360° Project, which consisted of 48 Nikon D750 cameras – each equipped with a Nikon 20mm f/1.8G ED lens – for a grand total of about $150,000 value in just cameras and lenses at this one exhibit within the Nikon booth. Check out the video below to see the 360° Project in action.

Joe McNally and several other pro speakers were on hand to talk through their photography and some of the tricks and tips for shooting with Nikon gear. 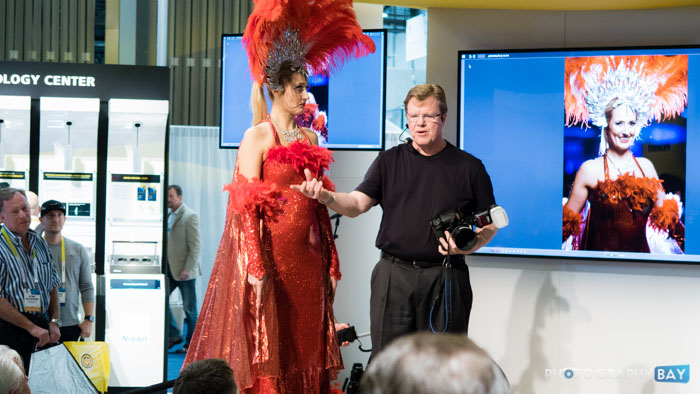 Several big lenses were on hand for CES attendees to try out. 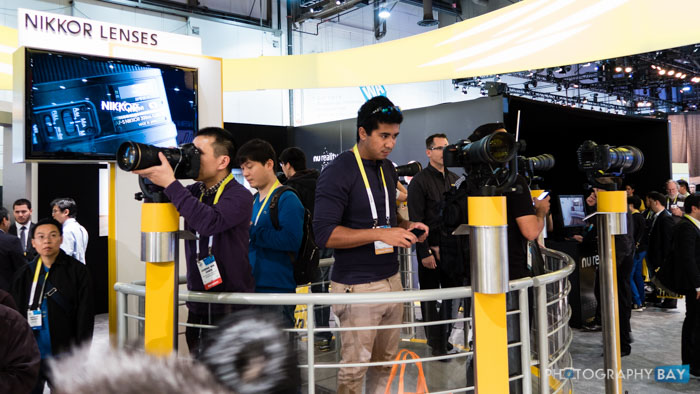 You can get your hands on any current Nikon DSLR and most lenses at the main counter in the Nikon booth. 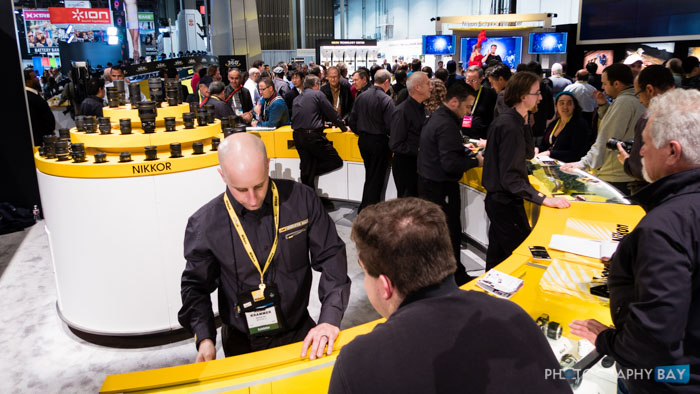 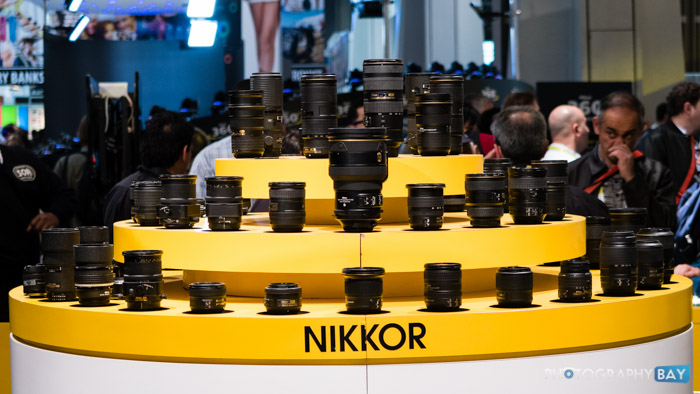 Here’s the display case where Nikon is showing off its lenses and celebrating the production of 90 million Nikkor lenses in the world today. 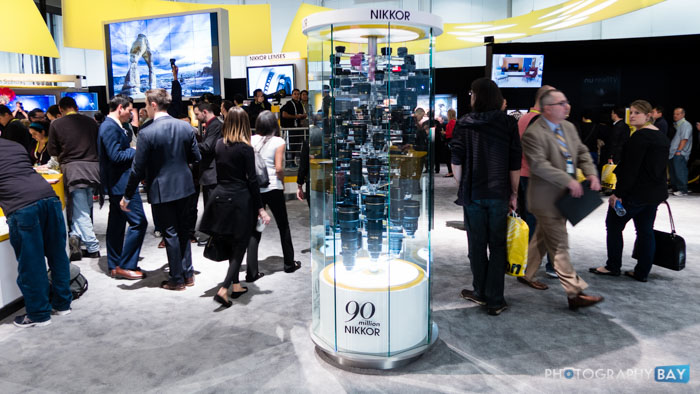 Nikon had an Oculus experience theater set up – yet another place to stand in line at CES. 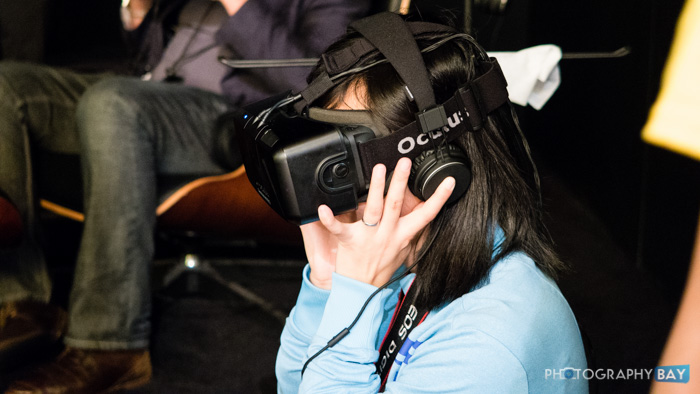 Nikon had a cutaway of a lens to show the VR system in action on a working camera. 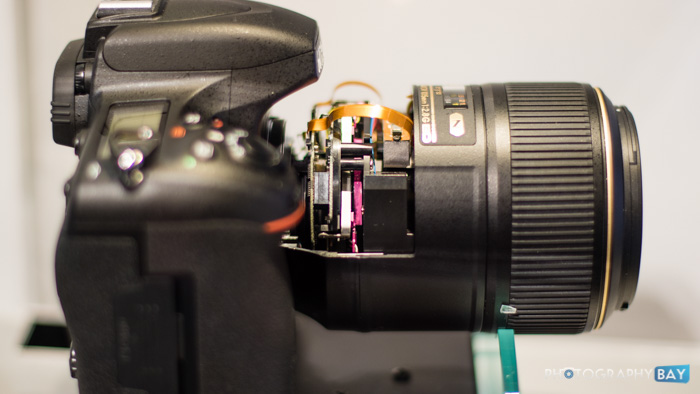 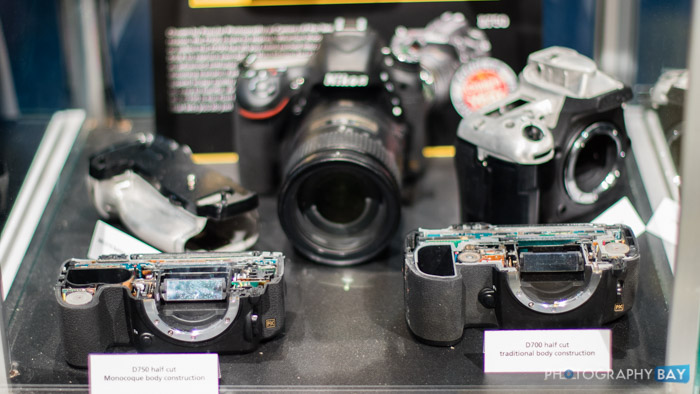 And here are a few more looks at the Nikon 360° Project setup. 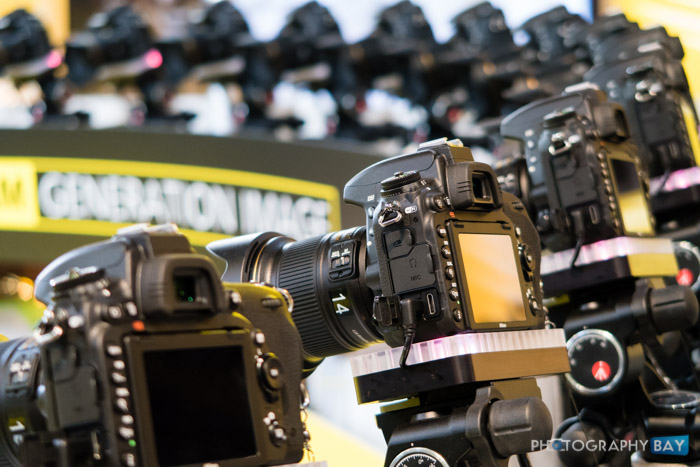 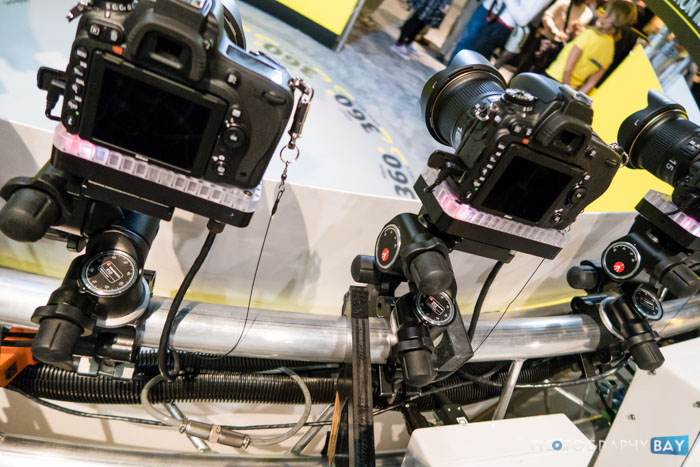 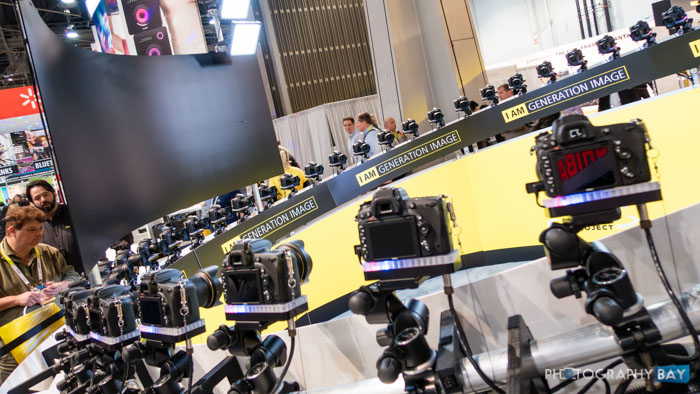 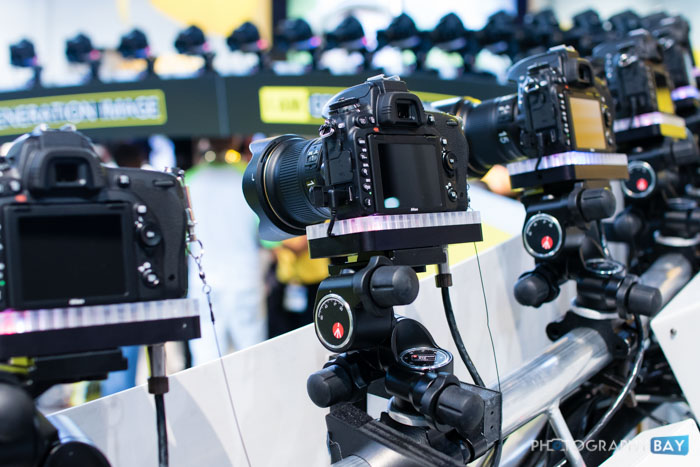