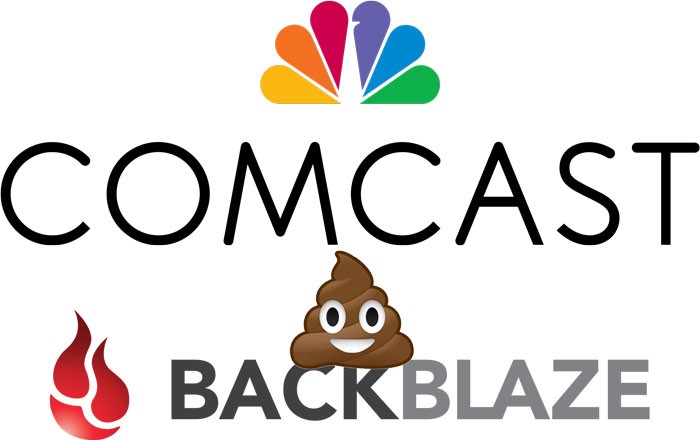 The idea of paying $50 per year for a off-site backup for all of your photos and other data on your computer is very nice. For many, the practicality of backing it all up is dependent on an ISP that operates a monopoly and subjects its customers to a stingy data cap.

Backblaze and Comcast: A Match Made in Hell

I have been trying for a year to get a computer backed up to Backblaze. It’s my home computer with my Lightroom library and video archives on it. I have roughly 3TBs of data that I need to back up.

Unfortunately, my family and I chew through our 300GB data cap from Comcast each month using Netflix, YouTube, Lynda.com, Xbox and just general Internet usage. We haven’t quite hit the 300GB cap because I monitor the usage in our Comcast account. However, we are over 200GB every month, and most months over 250GB of usage. 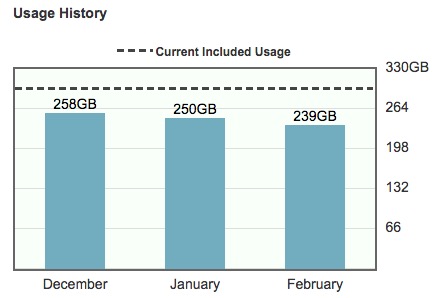 In those months where we are closing in on our data cap, I have to cut off Netflix use from everyone until the new month rolls around as a self-throttling mechanism. If we have room left in the last few days of the month, I turn on my Backblaze update software to try to get as much backed up as possible. That’s maybe a few dozen gigabytes in a good month.

I am accumulating photos and video footage at a faster rate than I am backing it up.

Unfortunately, Comcast is the only ISP that delivers a serviceable speed in this area. The only other ISP available is a DSL provider, which I have used before, but their speeds no longer qualify as “broadband” under the FCC’s recent redefinition of the minimum requirements. My previous experience brought me back to a hair-pulling state that nearly rivaled dial-up. Everything required substantial buffering before it would play and uploads went like molasses.

As online media consumption grows, the current state of cable Internet service from Comcast is untenable. Those considering cord-cutting may be faced with rude awakenings as the cable provider you are trying to flee still holds the keys to your cord-free online media plans. HD video sucks down hard on those caps, so you had better think twice before you upgrade to 4K Netflix.

The state of ISP data caps is already in shambles for photographers and video enthusiasts who want to protect their photos and videos by backing them up online. It simply doesn’t work with a modern family’s already heavy use of the Internet.

As it stands now, Comcast provides me with 300GB of data usage each month. If I exceed that limit, Comcast bills me in 50GB blocks for $10 each. There are 3 allowed overage months in my account, which I have never used until this month.

I left my Backblaze service running for a few days at the beginning of March just to see how Comcast handled the overage months. Sadly, its “Overage Months” are not really entire months where it forgives your overage but are 50GB allotments, of which I will probably use all three this month even though I have turned off Backblaze at this point and pay for an additional 50GB block or two. And that’s even with self-throttling of Netflix and gaming usage.

Better Internet Around the World

As I have looked more into this scourge, it is eye-opening to see other locations around the world that deliver affordable Internet without a data cap. In Seoul, South Korea, you can get 1000Mbps broadband over fiber with no data cap for $30 per month.

Even just down the road from me in Chattanooga, Tennessee, the non-profit municipal corporation EPB delivers 1000Mbps for $69.99 per month . . . also without a data cap. 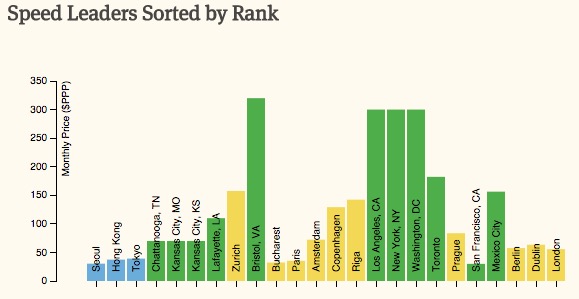 Cities around the world have providers that deliver affordable, cap-free Internet service to customers. So why, again, is Comcast sticking it to its customers?

Data caps aren’t going away, which really sucks for innovative uses of technology like remote backup plans. Data caps are big money for Comcast and other ISPs. And it is just too easy for them to pass up those profits.

Data caps also serve double duty to discourage time spent online in favor of more traditional media like television. Given that the TV providers are often the ISPs as well, it is easy to see why Comcast and others don’t want to make it easy (or cheap) on cord-cutters.

A Look to the Future Internet

While we wait for better solutions to arrive (and clearly, they are out there), we are stuck with a crippled Internet that prevents us from performing something as reasonable as backing up our photos and videos. That $50/year service from Backblaze would be awesome – if I could actually back up my data.

While I could just open the floodgates and pay for 50GB increments at $10 each, the resulting bill would be close to $600 on top of my normal cable and Internet bill. That is simply unreasonable when someone in Chattanooga (a little over an hour drive from Knoxville) can use the Internet in the exact same way for $69.99 with no fear of astronomical prices at the end of the month.

Depending on how the FCC enforces Title II (assuming the endeavor passes through without congressional interference), we can only hope that the FCC’s new rules will take some strain off of the way monopolies like Comcast gouge its customers. The only thing that is going to make Comcast and other providers change their practices is losing customers, which won’t happen as long as its customers have nowhere else to turn.

Until then, I will keep backing up my data . . . a few dozen gigabytes on the last couple days of each month.