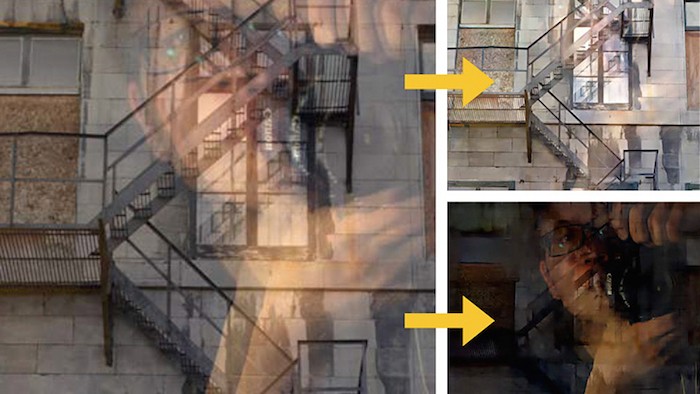 If you’ve ever shot a scenic photo from an airplane window or a hotel room window, then you will appreciate this new digital imaging breakthrough. Researchers at MIT have developed a new algorithm that can automatically remove reflections from photos shot through windows.

While there are certainly ways to reduce or eliminate reflections with a carefully planned shot, many of those casual shots through a window are simply opportunistic and would otherwise simply be missed if not captured with a reflection. Moreover, plenty of smartphone or casual camera users have no inclination to put in the required effort (however minimal it might be) to reduce reflections.

The algorithm relies on images that contain two reflections from double-paned windows or from very thick windows. It essentially uses the image data from the two reflections to understand what should not be part of the image and then removes it.

Without the extra information provided by the duplicate reflection, the problem of reflection removal is virtually insoluble, Shih explains. “You have an image from outdoor and another image from indoor, and what you capture is the sum of these two pictures,” he says. “If A+B is equal to C, then how will you recover A and B from a single C? That’s mathematically challenging.  We just don’t have enough constraints to reach a conclusion.” –MIT News

When this will arrive in your smartphone’s camera software or as a Photoshop feature, however, remains to be seen.