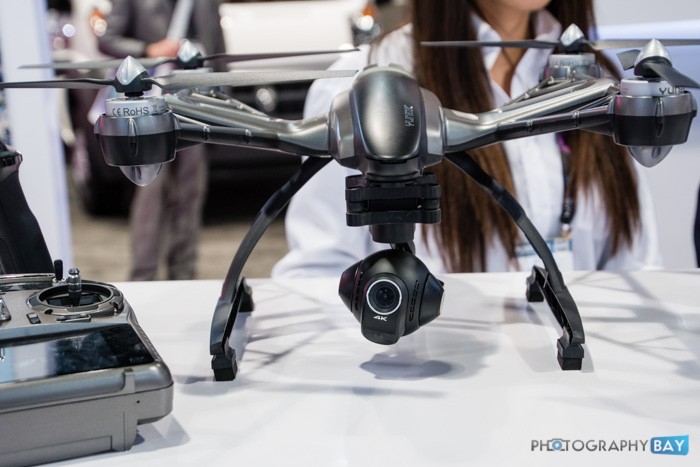 We saw the Yuneec Typhoon Q500 4K quadcopter teased back at NAB 2015 and now it has officially launched with units expected to start shipping over the next few days.

The Typhoon Q500 4K builds off its 1080p predecessor with a new camera that shoots 4K video. It will also capture 1080p video at up to 120fps. Still images are 16MP and can be saved as JPEG or DNG RAW files – even while recording video. The built-in camera is stabilized by a 3-axis gimbal, which can be controlled remotely from the ST10+ ground station transmitter. 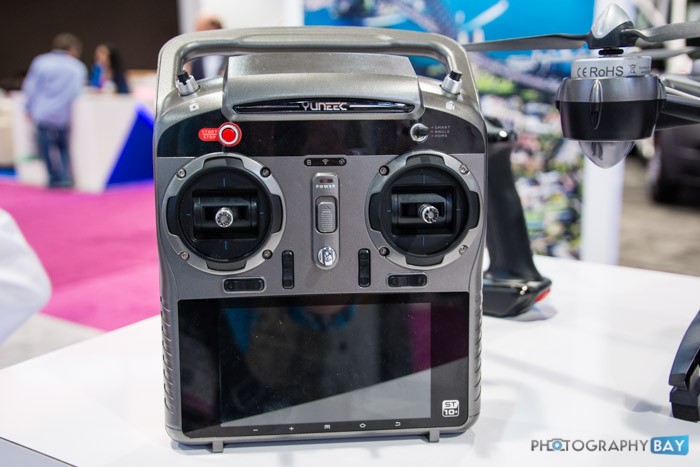 Notably, the ST10+ ground station features a built-in 5.5-inch touchscreen display, which is powered by an Android operating system. The display provides direct control of camera operations, as well as live video display from the quadcopter’s camera and telemetry data.

The drone includes a new “watch me” function that can force the camera to stay pointed at you as you operate the drone. Other systems offer a “follow me” feature (also included on the Typhoon Q500 4K), but it appears that Yuneec is first out of the gate with a feature that allows you to fly the drone at will while it takes over the camera operation. 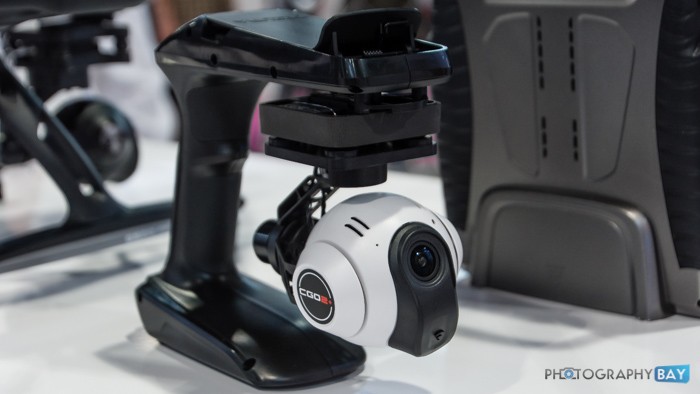 The Typhoon Q500 4K ships with a new Steady Grip, which allows you to operate the camera handheld with gimbal stabilization. 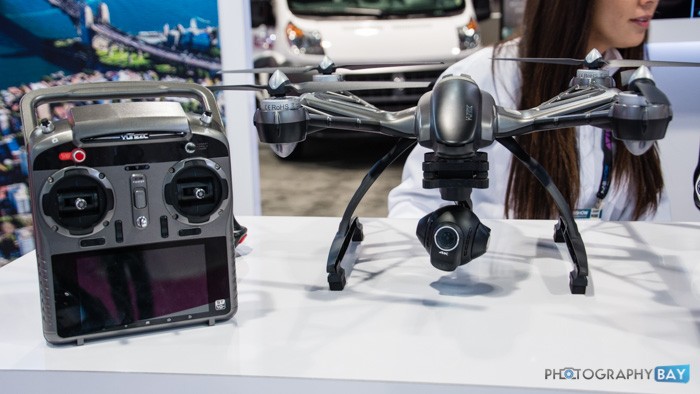 When I saw this drone at NAB earlier this year, I was really impressed with the features that it offered both on the quadcopter and the transmitter. The included Steady Grip is a nice bonus that should extend the usefulness of the drone beyond open space aerial imagery.

It retails for $1299, which is very competitive for this feature set when compared to the DJI Phantom 3 and 3DR Solo drones. As noted, is should start shipping in early July. Check it out here at B&H Photo.