Today, GoPro announced a new, ultra-compact camera, the HERO4 Session. It is a small 1.5″ cube camera that bears a striking resemblance to the Polaroid Cube. Consequently, Polaroid launched its next generation Cube+ camera today as well – although I don’t think it will be getting the same attention as GoPro’s new camera… 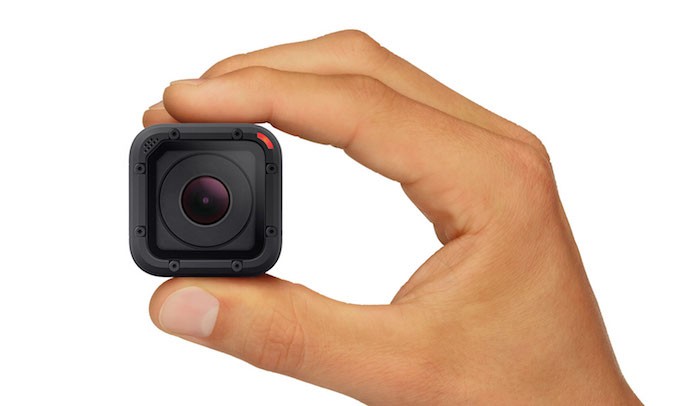 The GoPro HERO4 Session is waterproof out of the box down to 33′ with no need to enclose it in a separate housing. The tradeoff of the size and waterproofing is that the battery is integrated into the camera, although GoPro says it will deliver 2 hours of filming time. Charging requires you plugging it in with a USB cable to a computer, wall outlet or other power source.

It ships with three new frame/mount combinations. The low-profile frame gives the Session the lowest profile mount GoPro has ever deliver, while a new ball joint buckle mount allows you to rotate the camera 360° for quick repositioning without the need to dismount it. The standard frame provides a Session-sized version of the typical GoPro frame mount. 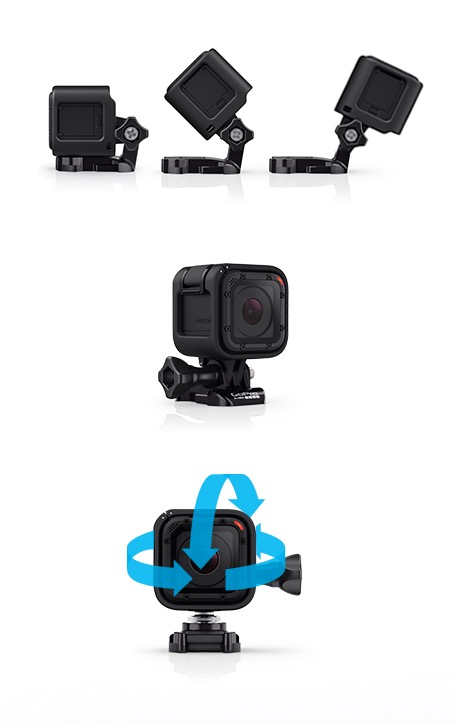 Auto Image Rotation means that no matter how you mount the Session, the image will be right-side up. Accordingly, you won’t have to take the extra step to flip you footage in post. 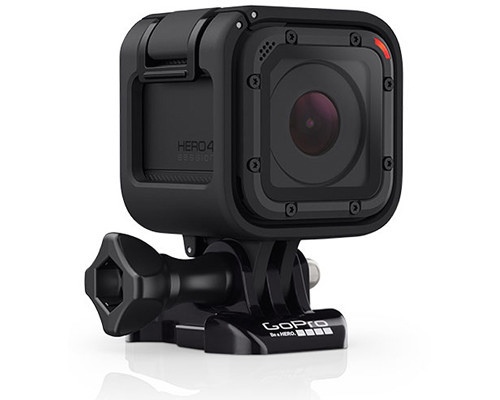 The HERO4 Session has a single button the will power on and start recording with one press. Press the button again and it stops recording and powers down. Additional controls are provided via the free GoPro app for smartphones or the GoPro Smart Remote.

The HERO4 Session can also capture 8MP still photos in timelapse or burst modes, and it offers the Protune video profile for flatter video footage that offers better grading latitude in post. 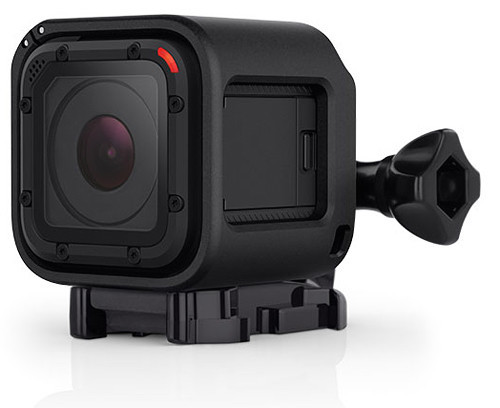 The camera has a dual mic system (one front and one back). It will automagically decide which one will produce the best quality (e.g., ruling out wind noise) and activate it.

The GoPro HERO4 Session retails for $399.99 and is available for pre-order now. It’s due to hit store shelves on July 12. Check it out here at B&H Photo.