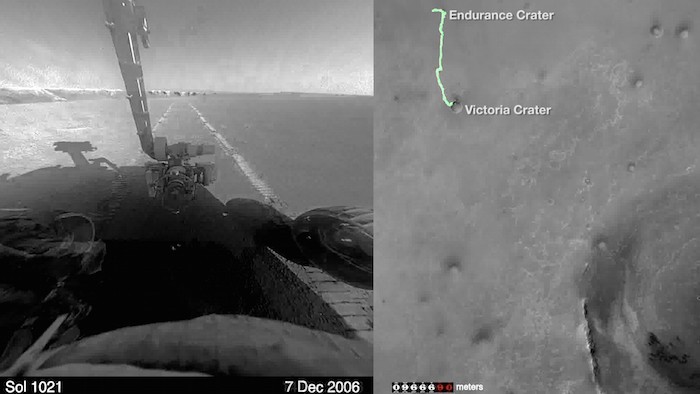 NASA’s Mars Exploration Rover Opportunity started driving around Mars in January 2004. Over 11 years later, it completed its first marathon as the odometer rolled over 26.2 miles.

The above video captures compiles thousands of images from the hazard avoidance camera atop Opportunity, which documented the 11-year journey. On the right side of the video, you can see a map of the Opportunity’s path across the Martian terrain.

Opportunity’s mission was planned to last three months but is has far exceeded that mission plan and continues to be a productive tool in gathering data from the red planet for future manned missions to Mars.