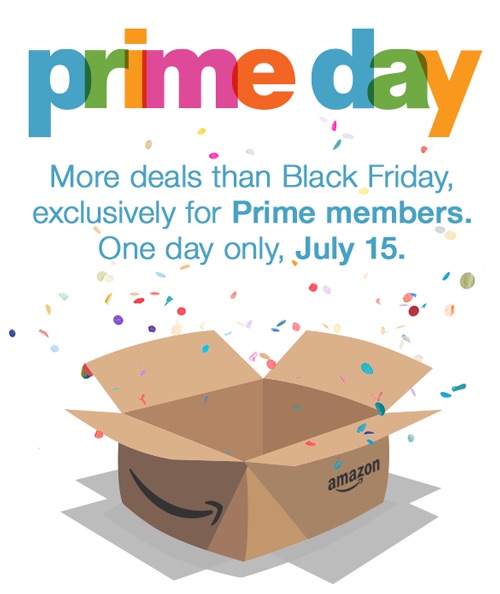 Today is Amazon Prime Day, which Amazon is using to promote its Prime membership benefits (you can get a free trial) with tons of deals (which Amazon says are better than Black Friday deals) across the different categories Amazon sells, including photography deals. There are several cameras and accessories already listed with several others sure to pop up as Lightning Deals throughout the day.

You can find all 0f the Electronics category deals (in which camera and photo deals are included) here on Amazon.com.

If you drill down to just the Camera and Photo category, you’ll miss out on some photo accessories (like memory cards) that are in the larger Electronics category.

Amazon is also heavily slashing prices on its own products like the Kindle for the day. A standard Kindle is just $49, while the Kindle Fire HD 7 is $79. You can find these Kindle deals here on Amazon.com.

Other notable deals include Crucial SSD drives in 256GB and 512GB capacities for $79.99 and $159.99, respectively. A few months ago, I put the 512GB drive in my aging MacBook Pro and love the performance I’ve gotten out of it since.

I’ve been an Amazon Prime member for several years and enjoy the benefits for the price I pay. Even if you aren’t interested in paying for membership, you can still grab a great deal by signing up for a free 30-day membership today.