Even though they make some very cool products, DJI makes it really hard to like the sometimes. This video from Ryan Bergeron tells the story of his awesome DJI Phantom 2 that, unfortunately crashed into the ocean one day.

As he tells in his story, he went to NAB 2015 and tried to talk to DJI about the crash, seeking an explanation as to what happened. According to Ryan, DJI didn’t want to talk to him about the problem and instead referred him to a customer service process that turned out to be a very frustrating experience as he was led to believe he might have his drone replaced due to a malfunction.

In the end, DJI refused to replace his drone and offered him a discounted price on a replacement drone. Unfortunately, that discounted price was still $40 higher than he actually paid for the one he lost.

Now, I’m not saying DJI should or shouldn’t have replaced the drone but it seems like DJI still has some work to do in polishing up its customer service experience. Similar frustrating experiences have been the story of many DJI customers time and time again.

And DJI’s reponses have been less than helpful and fall short of admitting any problem with their drones.

The above video was a year and a half ago at DJI’s launch of the Phantom 2. Consequently, I have not been invited back to another DJI press event. That’s the damning nature of asking the tough questions to manufacturers – you lose access to the source. But I don’t write these posts to make manufacturers happy. I’m going to always tell you what I think. 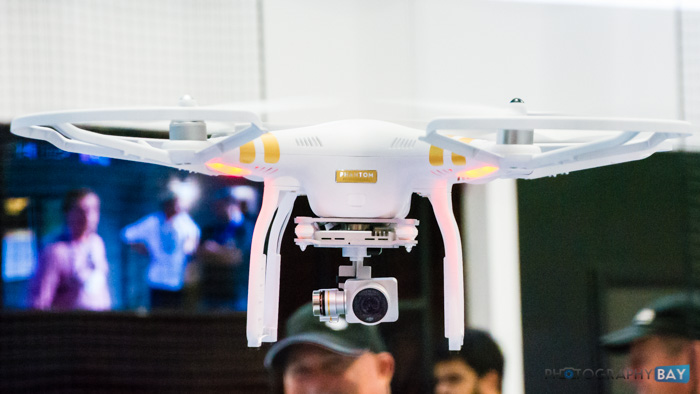 Here’s the thing though – I actually like the DJI Phantom line of products (I own a first generation Phantom and have never had a problem with it). And the tech and demo guys I have met at DJI booths at trade shows are generally awesome. I just wish they handled customer service problems better.

I don’t know if the company is growing too fast to keep customer service on par with the user base or the Chinese roots push some other business culture out the doors in the way they deal with customers. DJI’s valuation is estimated at $10 billion and the company is growing like wildfire. DJI is on pace to do $1 BILLION in sales this year – about twice of what it did just last year! For comparison sakes, GoPro’s market cap is around $7 billion today.

There are plenty of happy customers, like me, who have never experienced any problems with their equipment but there is a sizable portion of customers who have customer-service-from-hell stories when trying to get a straight-faced answer from DJI (even if that answer is ‘no’).

3DR’s Solo has a flyaway guarantee, which customers should love (especially those who have been bitten by flyaways in the past). I don’t know anyone who has gone through that experience yet, but it was a big marketing point for 3DR at the Solo’s launch during NAB 2015.

DJI has a lead by miles on the rest of the market but enough customer service flubs can bring down any company where hungry competitors are waiting to pounce. Let’s hope DJI cleans up the customer service experience going forward.

If you have a customer service story from DJI (good or bad), drop a line in the comment section below.