The HR2 gives you four bays to mix and match however you want. If you shoot on only SD or CF cards, you can fill all the bays with SD card readers or CF card readers. This will allow you to import 4 cards simultaneously with a single Thunderbolt 2 (or Thunderbolt, USB 3.0 or USB 2.0) connection.

I am currently using the HR2 as the third device in my Thunderbolt daisy chain on my iMac. Notably, it has two Thunderbolt 2 ports to keep the daisy chain going on your Thunderbolt-equipped computer.

Two big advantages that I noticed right way were (1) that I have a SD card reader facing me so I don’t have to play “guess the hole” when putting a SD card in the iMac’s rear built-in reader, and (2) that I freed up a USB 3.0 port on my Anker hub that my CF card reader was plugged into.

The Lexar HR2 (and its predecessor, the HR1) offer a variety of modular card readers that can work independently of the hub as USB 3.0 readers. Additionally, you can even buy flash-based storage drives to serve as fast and portable media drives that fit in the hub. 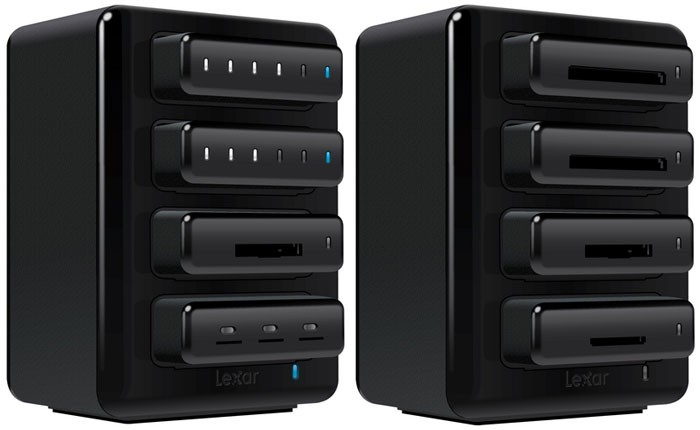 Here’s a list of what’s available for the HR2 and HR1 hubs: 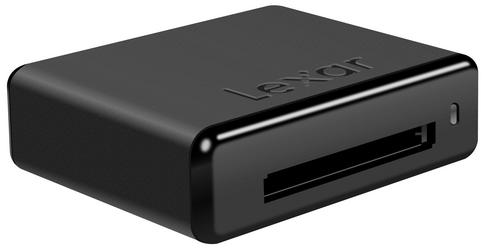 Of course, you can pick any combination of formats and even use multiple readers of the same format if you have a ton of media across several cameras to import.

Buying SDHC/SDXC UHS-II Cards Can Speed Up Your Workflow

It is also one of the few SDHC/SDXC UHS-II card readers on the market now as well. Even if you only have a UHS-I device, this is where UHS-II cards can really show their benefit. Your UHS-I compatible camera won’t see the benefits of the UHS-II bus on the cards and will just treat it as a UHS-I card in terms of read and write speeds.

However, if you are shooting a lot of content (especially video footage), it can take a long time to import that content onto your hard drive.

Just how big of an advantage does it afford you? 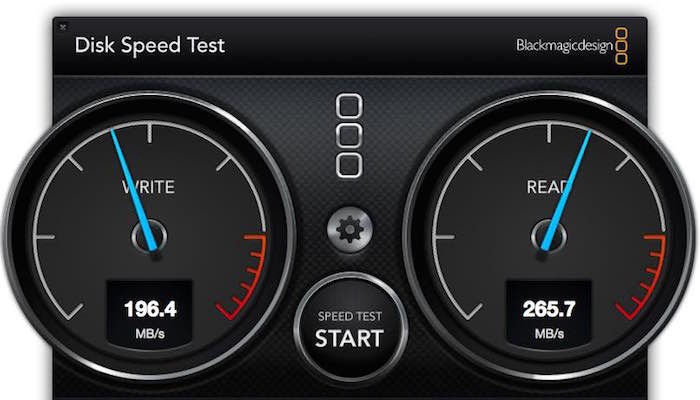 Now, consider just how fast the HR2 is when compared to the internal iMac card reader.

Of course, the target drive needs to be able to write at that speed as well. If you are transferring files to an internal spinning drive (like the 7200RPM internal drive on my iMac), the transfer speeds will be much slower. That’s not the HR2’s fault or your UHS-II card’s fault. It’s your sluggish hard drive.

If you are still editing photos or video on an traditional spinning hard drive with no RAID array, then it may be time to upgrade because that is a serious bottleneck to your workflow.

So what do those read and write speeds mean in real world time values?

I made several transfers among different readers to give you an idea of the potential time savings. All transfers were made from a 64GB Lexar Professional 2000x UHS-II SDXC card using approximately 8GB of photos captured from the Nikon D7200.

The important numbers to look at here are the differences between number 4 and 5. There is no bottleneck on the target drive, so we get the pure speed difference of the Lexar HR2 and the internal (non-UHS-II) card reader of the iMac.

The Lexar HR2 combined with an SDXC UHS-II card cut the transfer time by better than half.

For 8GB of data on a card, saving 52 seconds may not be a huge deal. However, if you have multiple 64GB and 128GB cards that are full and need to be transferred, those seconds are going to add up quickly.

Of course, when you start looking at higher speed cards like CFast and XQD cards, then those numbers add up even more and more as you approach the 500MB/s read speeds of next-gen cards.

The USB 3.0 number is important because the individual card reader modules can operate independently as USB 3.0 card readers. Additionally, they dock in the HR2 using their USB 3.0 connection.

So, there are four available docking areas to accommodate the 4x data lane speeds provided by the Thunderbolt 2 connection.

This is a niche group of media professionals who are going to benefit from the full speed upgrades of Thunderbolt 2 but it could be a very important consideration for those working on tight deadlines with big media ingest needs.

Everyone else can probably live with the original HR1 unit that comes in at a much cheaper price point (while it’s still available).

The other big benefit for the HR2 is for those with heavy reliance on Thunderbolt devices. The HR2 has dual Thunderbolt ports so it can fit in a Thunderbolt daisy chain and keep the chain of devices going.

As stingy as Apple is on USB ports with their recent models, this can be a very real and important consideration when shopping for peripherals. You can even daisy chain multiple HR2 hubs if you have a ton of media to plow through… 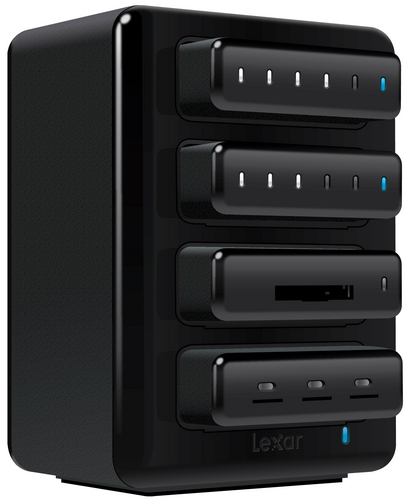 I’ll admit that I was skeptical about the HR1 when it was first announced. Since it has been out though, I have heard plenty of positives from other photographers and media pros about its convenience and performance.

Having spent a couple of months with the HR2 now, I can see the incredible utility and convenience of the multi-bay card reader hub. If you are churning through a lot of media or if you have several different memory card formats and you just want to clean your desk up, the Lexar Professional Workflow HR1 or HR2 are very organized and convenient solutions.

Only you can decide whether the Thunderbolt 2 capabilities in the HR2 is worth the bump in price over the USB 3.0-only HR1. Currently, the HR2 runs just under $200 for the 4-bay hub alone, while the HR1 is closer to $50. I suspect both prices will continue to fluctuate in the future but the HR2 is probably a more niche fit at the price premium.

The good news is that most of the card readers to fit the hub are reasonably priced in line with other standalone card readers (in the $20-$40 range depending on the reader type). Even the flash storage drives are priced quite reasonably. And all of the readers and drives are compatible with both the HR2 and HR1.

Depending on your speed requirements and budget, the Lexar Professional Workflow HR2 is a fantastic win for workflow management and media organization.

You can find the Lexar Professional Workflow HR2 and HR1, along with system readers and drives, at Photography Bay’s trusted retail partner, B&H Photo, via the following links: