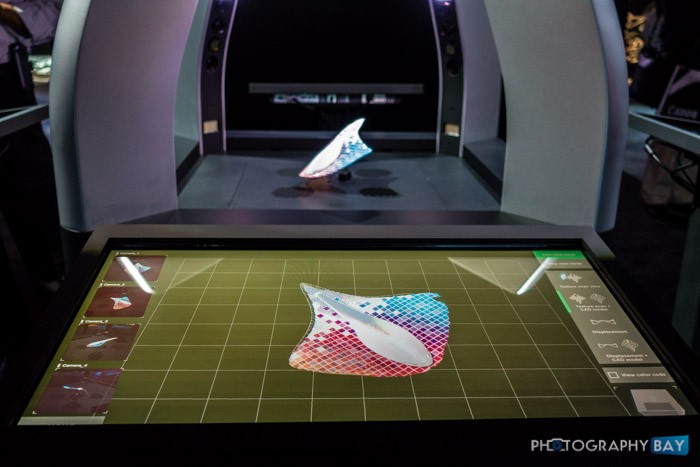 The photography market goes so far beyond what we all talk about everyday. The image sensor business is booming thanks to smartphones, but also because of automotive cameras for backup and blindspot cameras, among a variety of other uses in different industries.

Cameras are also aiming to take over the jobs of factory workers too. Just a small taste of that was featured last week at the Canon Expo in New York as Canon highlighted its Super Machine Vision, which can view a component and measure it so accurately to create a live, moving CAD model, complete with wireframe. 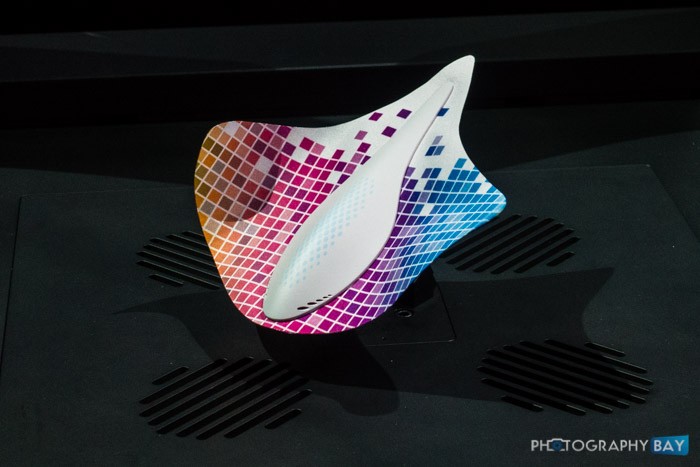 Above is an object that sort of resembles a stingray. The vents below it were blowing air underneath its pliable wings, which caused them to “flap,” as it was surrounded by multiple cameras. 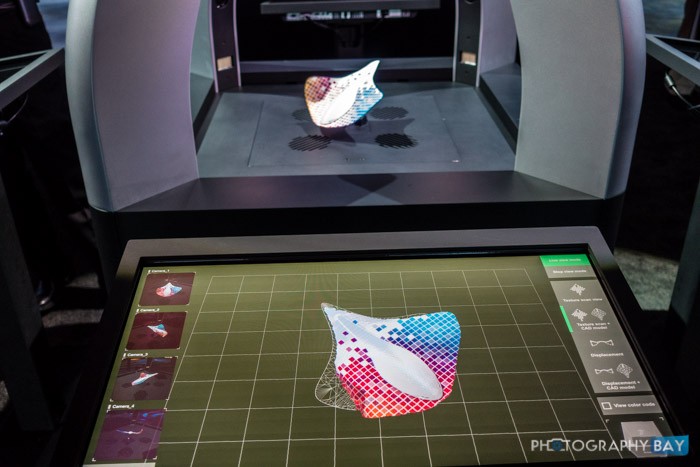 Canon’s Super Machine Vision tech then translated the video captured by these cameras into a real-time 3D render that played in full motion on the monitor. 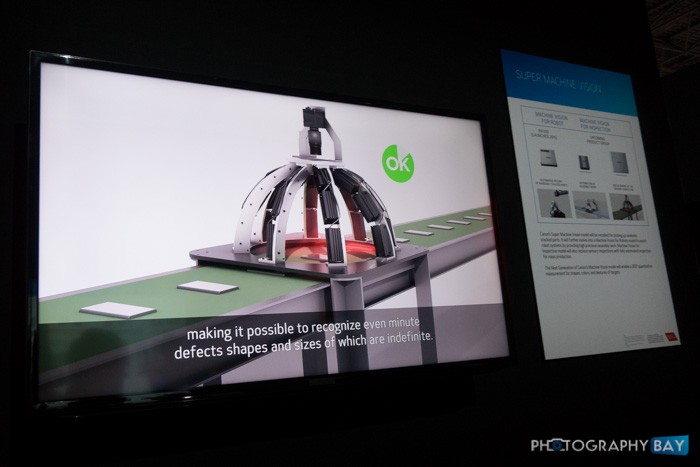 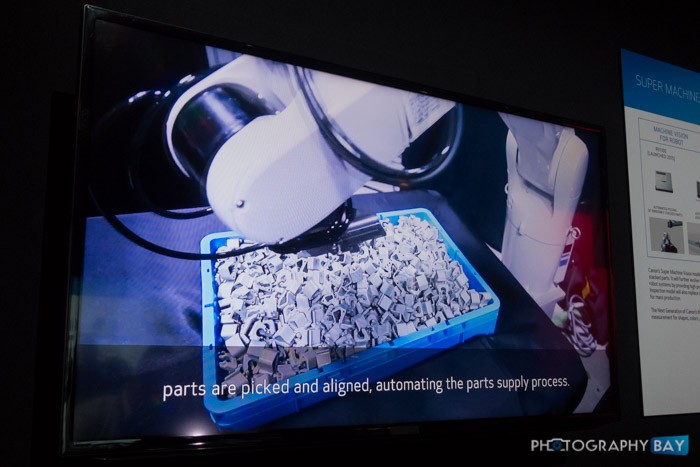 The inspection capabilities offer a much slimmer tolerance observation that what is visible by the human eye. 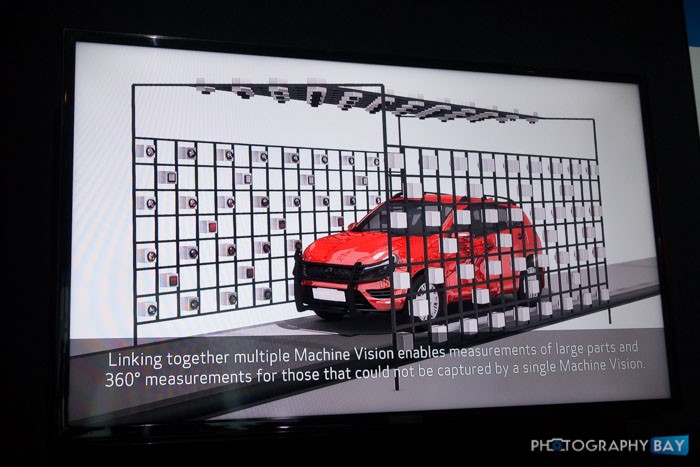 It can even scale up to cover inspection of a complete automobile by using dozens of cameras surrounding the vehicle as it passes through a dedicated inspection canopy.