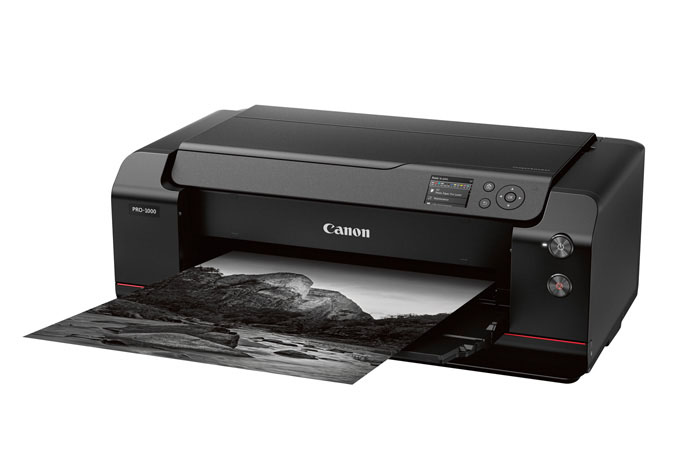 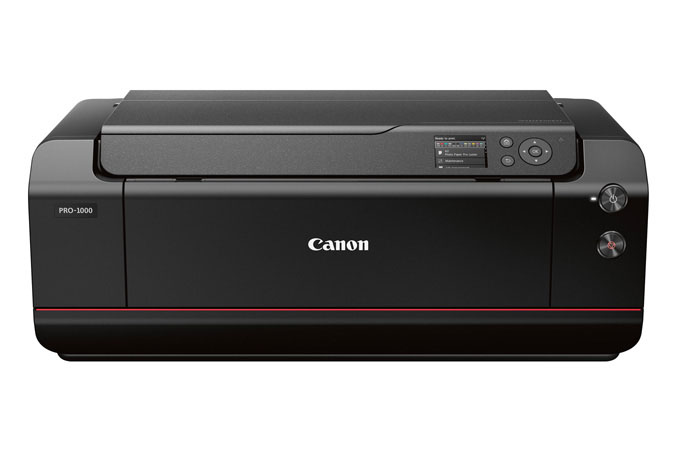 With the new PRO-1000, Canon is adding its red line branding, which is synonymous with Canon professional grade lenses. Beyond the cosmetic upgrade through, the PRO-1000 features a new print head, new ink set and a new image processing engine.

Improving upon the specifications of the Canon PIXMA PRO-1 printer, the imagePROGRAF PRO-1000 printer features a 50 percent larger print head, which also expands the total number of nozzles to 18,432 for each of the 12 channels. The increased size of the print head helps produce faster print speeds while still maintaining high-resolution prints. 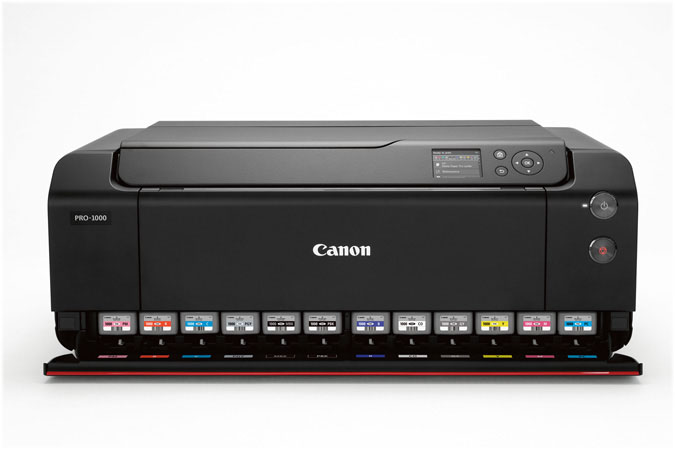 The PRO-1000 also features a new LUCIA PRO 11-color plus Chroma Optimizer ink system. An optimized resin-coating of each pigment allows for denser droplets to be applied to the media, resulting in an increased color gamut of up to 19 percent over the PIXMA PRO-1 printer. 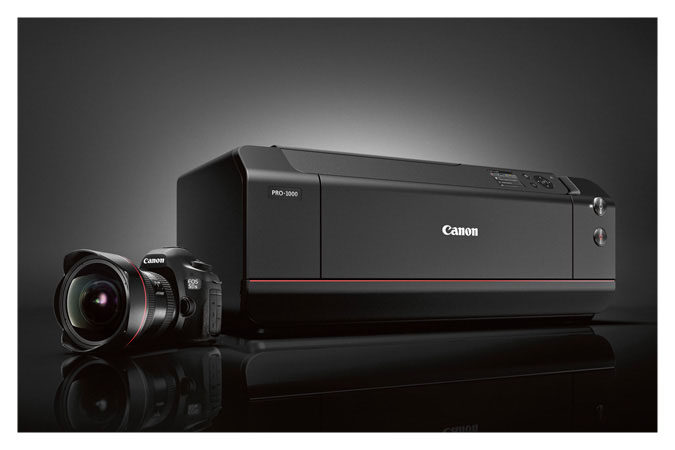 The imagePROGRAF PRO-1000 printer removes a major pain point with fine art printers as it is designed to work seamlessly when changing media types. The printer is designed so that Photo Black and Matte Black inks have their own dedicated nozzles so no switching is necessary. The PRO-1000 also uses large 80mL ink tanks for less frequent cartridge changes. 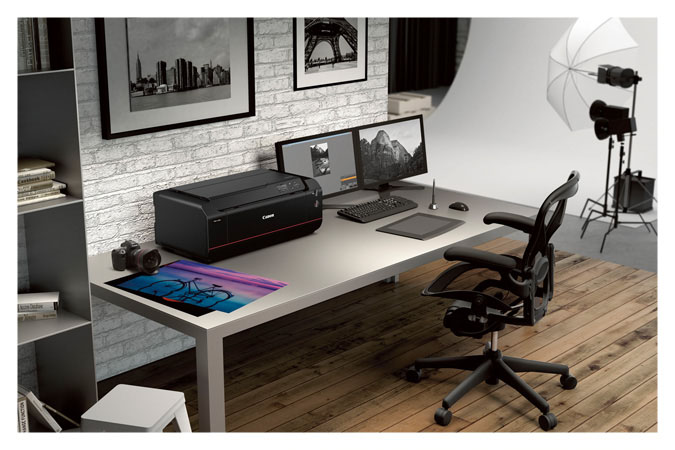 Canon’s Print Studio Pro 2.0 is included with the PRO-1000 as a plug-in for Photoshop, Lightroom and Digital Photo Professional.