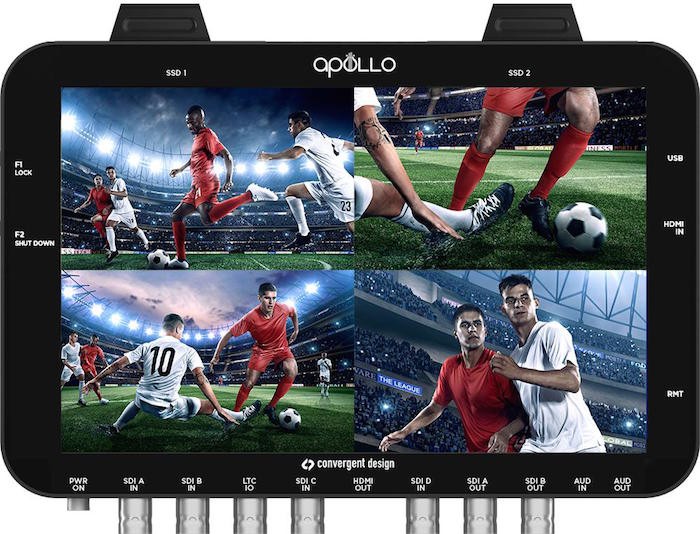 Convergent Design has announced Apollo, which is a portable HD multicam recorder/switcher that captures up to four simultaneous HD video signals over SDI inputs (one can be HDMI). Additionally, it will record a fifth HD channel of a live switch program feed among the four channels or a quad-split reference view. (Also, some exciting news for Odyssey7Q+ users below).

The Apollo keeps all cameras in sync with matching timecode. The Apollo Media Manager App can be used to export the Apple ProRes files separately or as a single multicamera Quicktime file that drops directly into the timeline of supporting NLEs.

And that’s probably the most impressive part of the Apollo – that it includes a XML EDL for further manipulation in post (due early 2016). I’m reading this off the initial spec sheet and brochure but the way it appears to work is that you live switch by tapping the camera signals to produce your live shot. When you are finished, the Apollo will create a fifth live shot with your edits (all the while maintaining your other 4 camera original files).

You can then export a multicam sequence using Convergent Design’s app for further manipulation in a NLE, which is critical for tighten up cuts and edit points that didn’t quite fit smoothly in a live production. 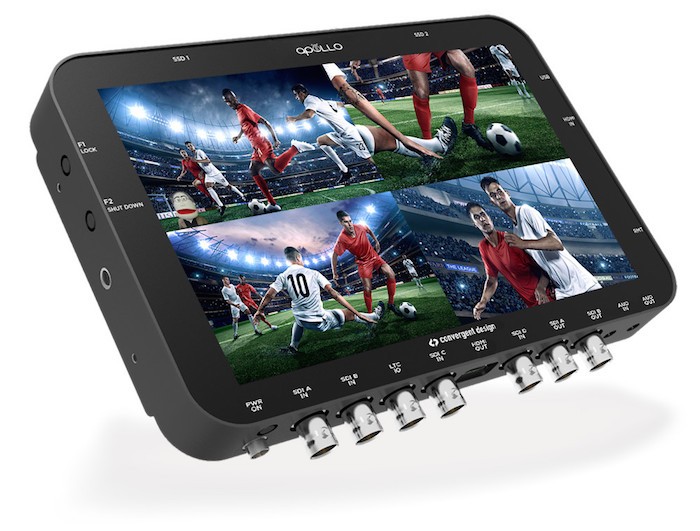 It also has two SDI outputs and one HDMI output, which can be used to monitor live or quad views. Or, if you are streaming live, you can use one as a program out to your live stream.

The Apollo records all five feeds to a SSD drive and features two slots for either double record time or mirror recording for backups. It will run for hours off of battery power.

The Apollo is also set to get an update in early 2016 to allow for dual 4K/UHD recording in ProRes at 24p/25p/30p frame rates, as well as a DNxHD codec for HD capture. Additionally, it will get a remote keyboard control pad, audio delay capability, on-screen source naming and cascade interconnect for 12-channel HD  or 6-channel 4K recording.

To make things even more interesting, the Odyssey 7Q and Odyssey 7Q+ will be able to be upgraded to the Apollo’s capabilities for a $1795 upgrade price. 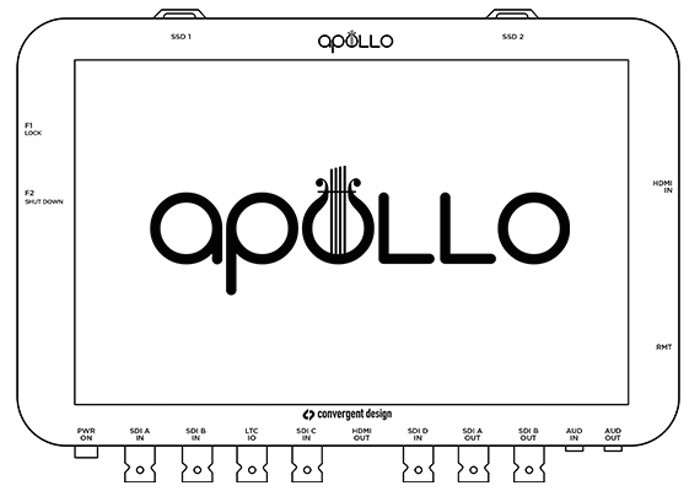 Here’s the full spec list for the new Apollo: