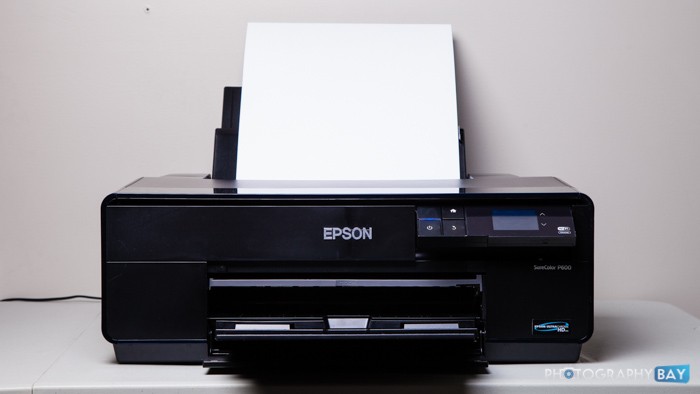 Epson unveiled its SureColor P600 13″ printer last fall and started shipping earlier this year. As a replacement for the popular R3000, the P600 is a first P-series (for “photo”) printer in the SureColor line. The ink set is entirely new and with deeper black density and improved contrast ratio and dynamic range.

As a 13″ printer, the P600 sits in the mid-range enthusiast and low-end of the pro market, while the 17″ Epson SureColor P800 is the latest Epson P-series printer that replaced the extremely popular 3880.

During the course of my review of the P600, Epson also announced an entry-level P400 model that serves as a direct replacement for the very popular R2000.

The Epson P600 features wireless connectivity, which is a boon for easily positioning your printer across the room or even in another room of your house and office.

The P600 also gets a boost in ink cartridge capacity at 25.9mL, compared to just 17mL in the prior-generation R2000. Of course, your ink cartridge expenses rise proportionately as well – going from about $21 per cartridge in the R2000 to about $32 in the P600.

It’s been awhile since I opened a printer box, so I had forgotten just how much packaging and tape is involved to secure a printer for shipping.

Setup is a straightforward process; however, there are several steps involved for this professional product. The P600 ships with a software install disc. If you don’t have a CD drive or you are using a Mac, then Epson makes clear that you must download the software from its website and offers a very simple address to type in: epson.com/support/p600 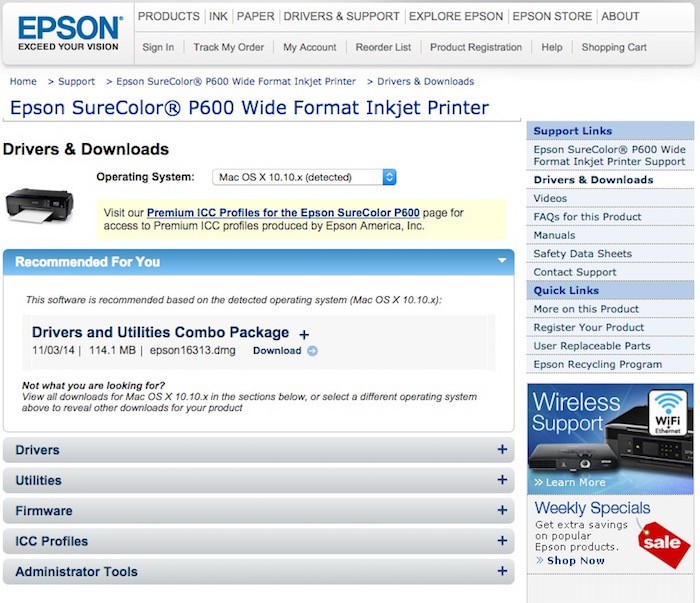 I think this is becoming more and more common now that computers are shipping without optical drives but some manufacturers still don’t get it. Kudos to Epson for making what could be a frustrating step in the setup process, very simple. 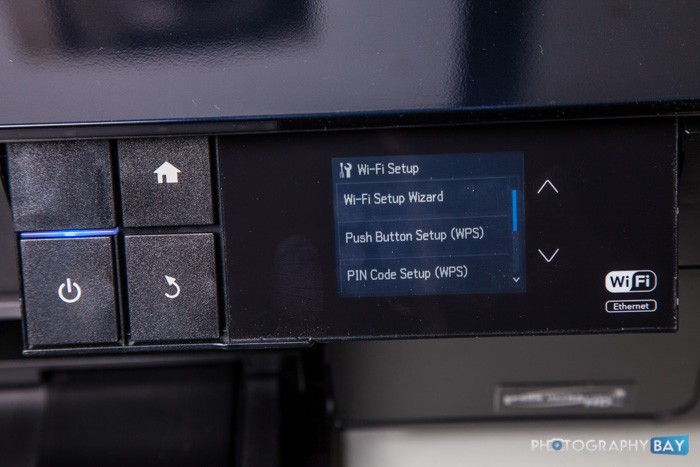 Setting up WiFi is as easy as installing the software and going through software prompts. When it comes time to add the printer to your computer, you simply select the SSID and enter your password on the touchscreen LCD. It’s about as easy as connecting your iPhone to a new WiFi network.

And WiFi actually works exceptionally well. I’ve used nothing but WiFi with the P600 for more than a month without a single hiccup. It’s just rock solid on connection reliability. 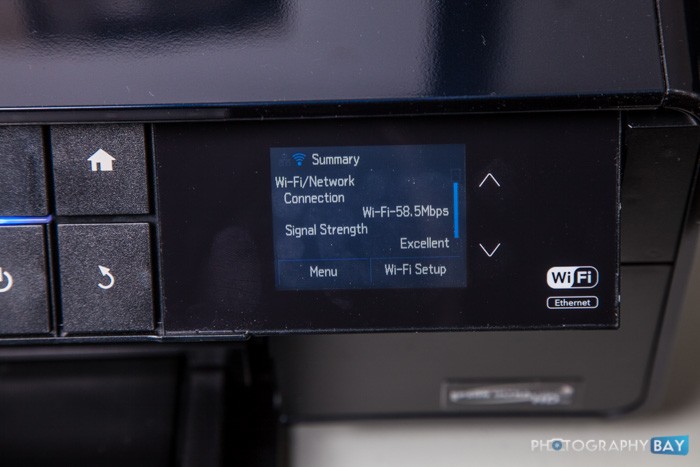 The rest of the setup process is also pretty straightforward. Install the ink cartridges as indicated by the manual and you should be good to go. Select the appropriate paper size and type using the nice touchscreen display on the front and you are ready to print your first image. 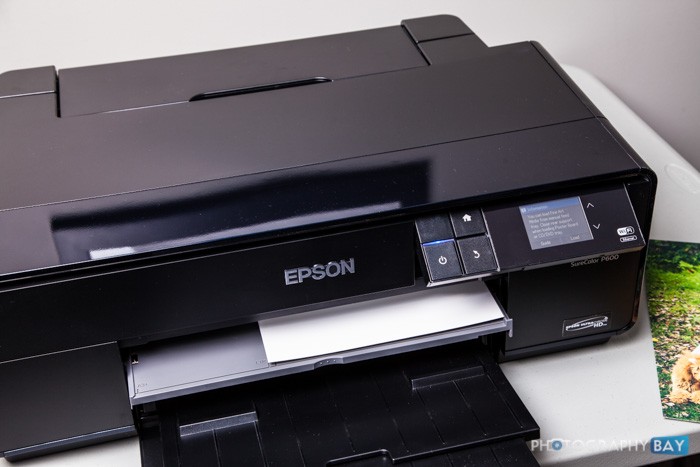 There are a variety of ways to feed paper and media into the P600. A primary paper feed resides on top of the printer and can accommodate up to 13″ x 19″ sheets. Anything that is 0.7 to 1.3mm thick needs to be inserted one sheet at a time using the front media loader. You will have to open the rear sheet feeder as the printer pulls the media from the front tray and out the back during loading.

The P600 also supports roll media up to 13″ wide and can print panoramic images up to 129″ long. The longest I printed was about 52-inches but that was pretty darn impressive.

The P600 uses nine UltraChrome HD inks, which come in 25.9mL cartridges (as noted above). These inks include:

I’m not a fan of the fact that you lose ink as you switch between Photo Black and Matte Black inks. This is the double-edged sword of the P600. It uses Photo Black ink for a better print on glossy-ish surfaces and the Matte Black ink on matte and fine art papers.The need to switch inks among media types is due to the Photo Black and Matte Black inks sharing a print head. The benefit of differing black inks, however, is increased depth in shadows among various media types. Hopefully, the next generation moves to independent print heads for the different black inks. 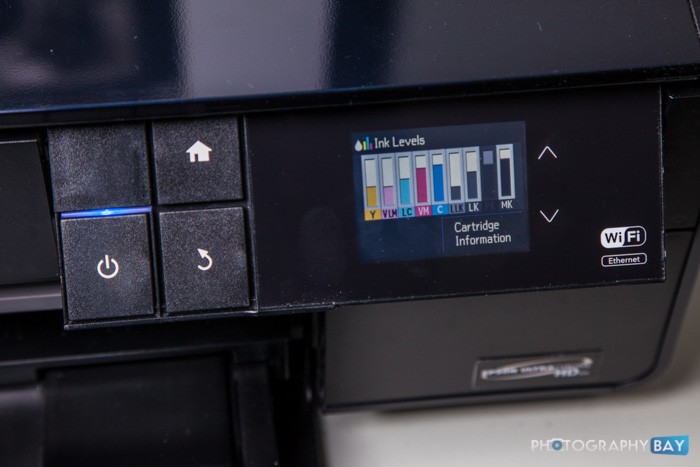 That said, the P600 is mostly a joy to use. Having the various media profiles for Epson’s papers make it simple to select your media type and ensure that the printer gets it right. When choosing between Photo Black and Matte Black inks, consult the printer’s manual for an itemized list of compatible papers for the two inks. 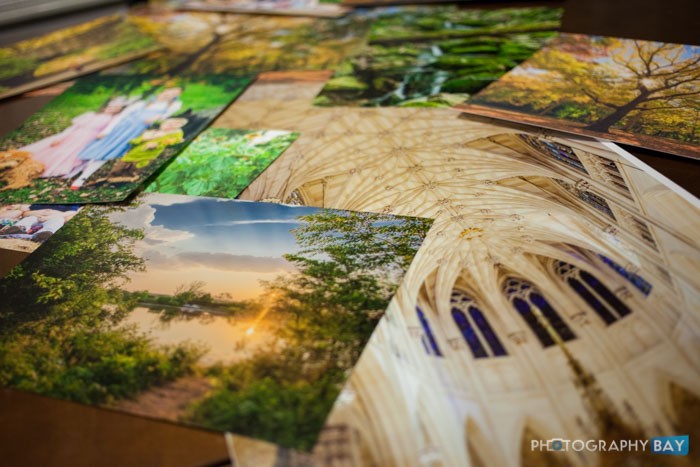 The prints produced from the P600 are stunning. Epson sent along a variety of papers to test with the P600 and all of them have their merits but nothing really shines for me like Epson’s Hot Press Bright paper. It’s the one paper that I keep going back to.

The quality is consistent from print to print and the dynamic range, particularly in the shadow areas, is rock solid. In most situations, I found the Photo 1440 printer setting in High Speed mode to be more than adequate quality (and it uses less ink). If you want to squeeze every bit of contrast and detail out of your images, however, you’ll want to print in higher resolution based on your camera’s output file. Up to the large 13″ x 19″ prints and even a 13″ x 52″ print, it is clear that you are getting a professional result in your images. 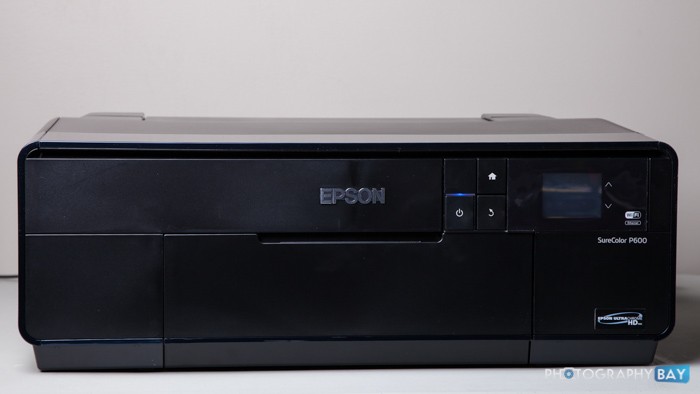 If you aren’t printing your images, or if you are using a lower-quality all-in-one printer that isn’t up to snuff, stepping up to a professional printer can bring a new level of quality and satisfaction to your photography.

The Epson SureColor P600 is easy enough for every enthusiast to use and should satisfy the demands of most professionals.