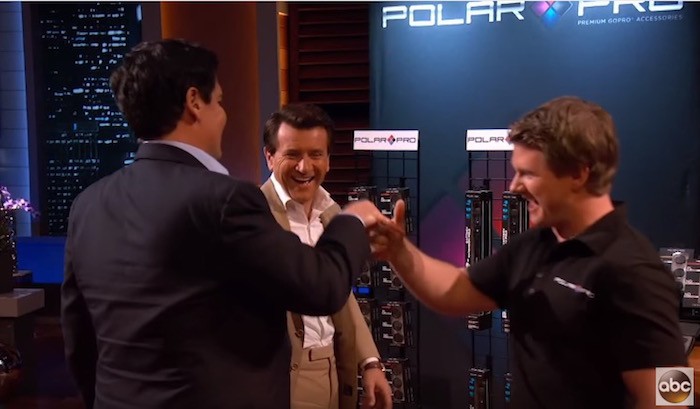 PolarPro, maker of action camera and drone accessories, just got a nice influx of $1-million on the ABC show Shark Tank. CEO Jeff Overall appeared on the show to pitch his company to the sharks.

After getting a $500,000 offer for a 10% stake in the company from Mark Cuban, Robert Herjavec joined in for another $500,000 investment for an additional 10% stake. Overall accepted the deal with Cuban and Herjavec to secure a $1-million investment in his company. Check out the clip from Shark Tank below.

These guys started out making GoPro filters in 2011 and, based on Mark and Robert’s investments, have turned that business into a company valued at $5-million.

After the deal was inked on Shark Tank, PolarPro announced the immediate availability of its new PowerGrip H2O, which is a water proof, battery-integrated action pole for the GoPro down to 99ft.

Its new Trippler cell phone and GoPro mount is also available alongside the PowerGrip H2O.