The FAA has issued a Temporary Flight Restriction (TFR) that prohibits drone operation within a 32-mile radius of the stadium in Santa Clara, California. The TFR takes effect at 2PM and lasts until 11:59PM Sunday, February 7. 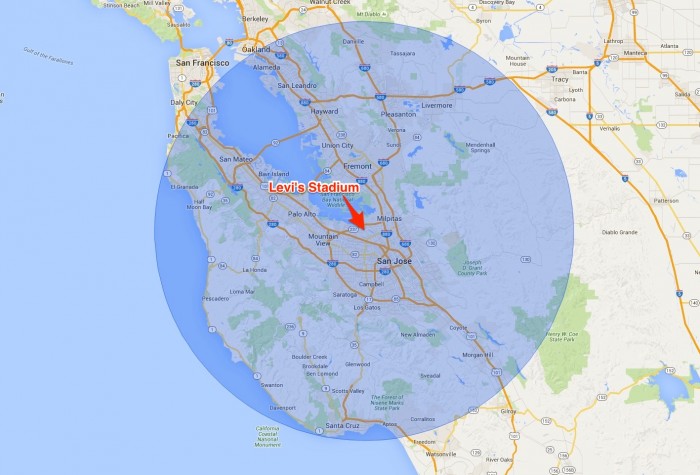 I’m all for drone safety, but doesn’t 32 miles seem a little overkill to ban drones for a football game?

This essentially bans drone flights on Sunday as far north as San Francisco and Oakland and extends south to encompass all of Santa Cruz. Of course, the FAA did the same thing last year at Super Bowl 49 and banned drone flights across a good bit of remote desert terrain as well.