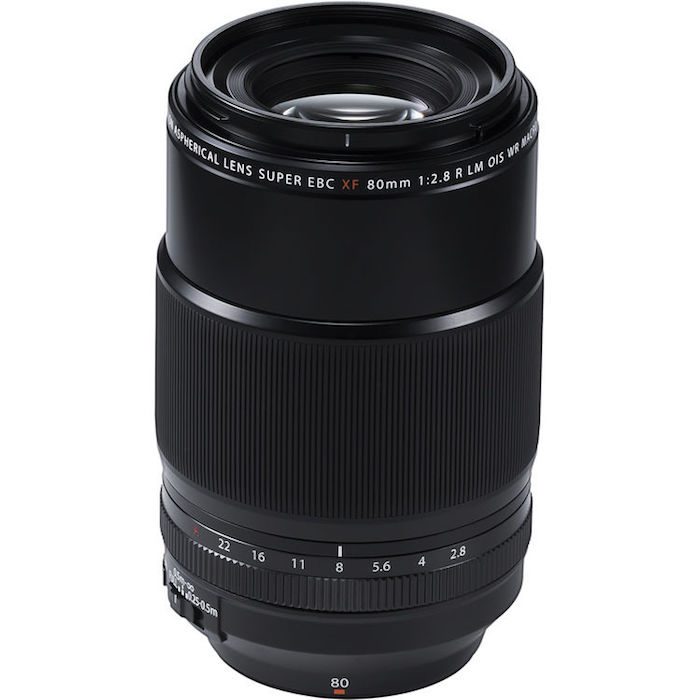 Alongside the new Fuji X-E3, Fujifilm also introduced a pair of lenses – one for the APS-C X Series and one for the medium format GFX Series.

The Fuji XF 80mm f/2.8 lens is a R LM OIS WR is a weather-resistant macro lens with a 1:1 magnification and minimum focus distance of 9.8 inches. The XF 80mm lens is weather-sealed at eleven points around the barrel for weather and dust resistance. It can operate as low as 14° Fahrenheit (-10° Celsius). It is comprised of 16 lens elements in 12 groups including one aspherical ED lens, one Super ED lens and three ED lenses.

The 80mm lens offers improved AF performance thanks to a Floating Focus System and offers Optical Image Stabilization (OIS) for up to 5-stops shake reduction. The Fuji XF 80mm f/2.8 lens is a R LM OIS WR lens retails for $1199.95 and is expected to ship in November 2017. Check it out here at B&H Photo. 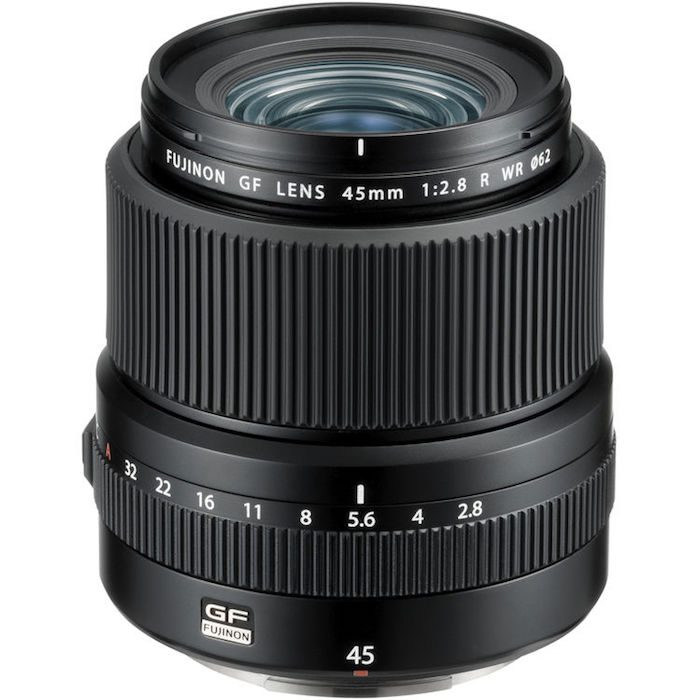 For the GFX series, Fuji announced the GF 45mmF2.8 R WR lens – a wide-angle option for the Fuji GFX 50S. For a frame of reference, the GF 45mm lens offers an equivalent field of view on the GFX 50S as a 36mm lens would on a full frame DSLR. When paired with the GFX 50S, the new GF 45mm lens should make a solid street photography kit.