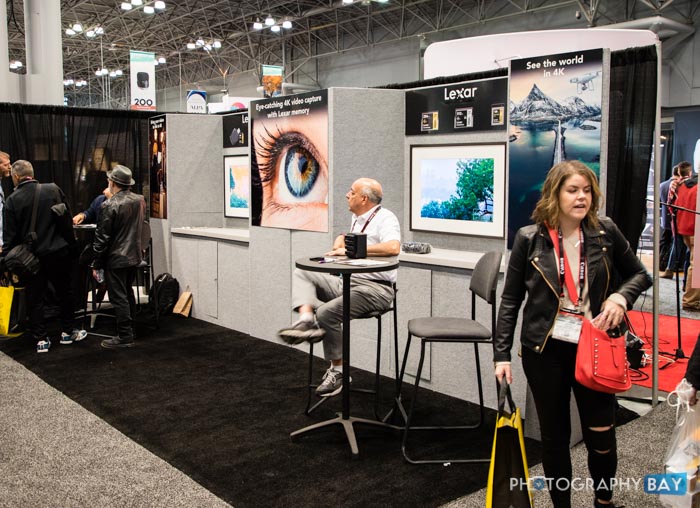 Lexar has long-been “the other” memory card brand in the photography market. To photographers, Lexar and SanDisk have been akin to Nikon and Canon, as one of the two primary choices of reliable brands for memory cards.

As I walked through PhotoPlus 2017 today, I was surprised to see a Lexar booth. Recall earlier this year when parent company Micron said it was killing the consumer-oriented Lexar brand to focus on enterprise solutions for flash memory.

Instead of killing Lexar completely, Micron actually sold the division to flash manufacturer Shenzhen Longsys Electronics Co., Ltd. This was convenient for both Longsys and Lexar – since Longsys has been a supplier of Lexar’s memory products for some time.

Lexar’s product manufacturing appears to have briefly paused as the change from Micron to Longsys is complete. However, most of the people running Lexar have remained in place. After the company changed ownership, Lexar simply moved its US corporate offices to a different location.

There’s no doubt that Lexar’s brand-equity took a blow with the news of the company closing its doors this summer. The jury is still out on how much damage this does to Lexar’s position in the market. It also has to be a real bummer that Lexar doesn’t have new products to introduce in time for fourth quarter sales. However, Lexar’s existing product line is remaining in place and the company seems to be continuing to operate as a wholly-owned subsidiary. Accordingly, you shouldn’t see any changes in the warranty, service and support from Lexar going forward.

Expect new products from Lexar in the coming months based on flash memory supplied by Micron, Longsys and Samsung.