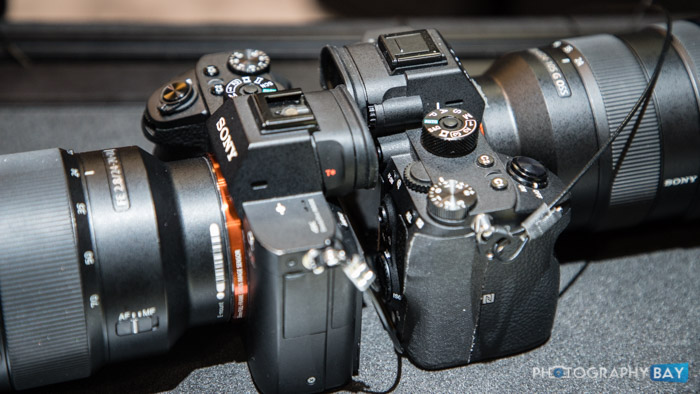 I stopped by the Sony booth today to take a closer look at the new Sony A7R III and was able to look at it side-by-side with the A7R II. I expected the A7R III to be nearly identical to the A7R II; however, the new battery in the A7R III forced some noticeable ergonomic changes. 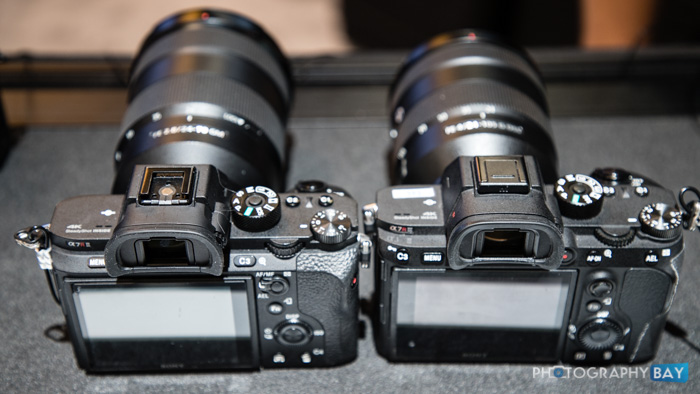 The body is a bit thicker front to back than the A7R II and it’s a bit narrower in width. It’s only a few millimeters difference either way but you can definitely feel the difference in your hand. The thicker grip works better for my hand – it’s a bit rounder as well, giving your fingertips a little more to curl around. 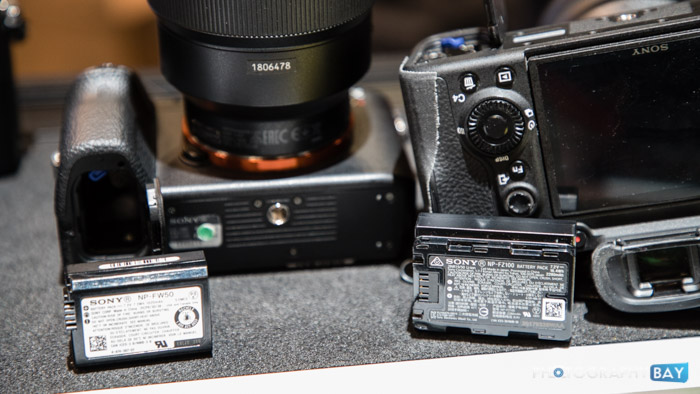 The battery is probably the biggest upgrade for the A7R III. It borrows the NP-FZ100 from the Sony A9 as opposed to the NP-FW50 found in the prior A7 series cameras. According to Sony’s reps, the new FZ100 battery promises twice the run time over the prior generation in the A7R III. 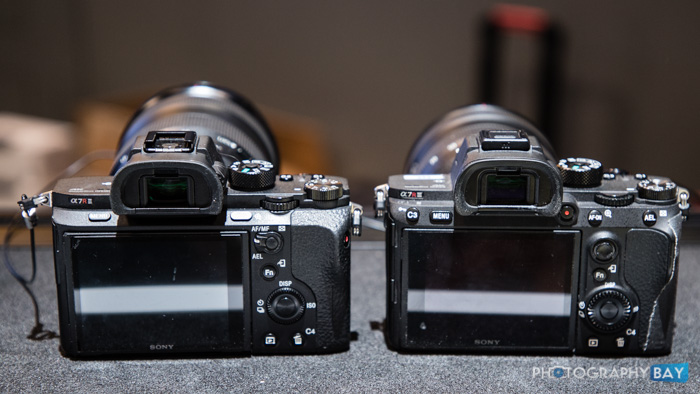 Other ergonomic changes like the newly added joystick shift some controls around but should improve operability.

The Sony A7R III feels like a punch-list upgrade for Sony A7R II users who passed on their product feedback. As such, it looks like a solid upgrade to an already-great camera. You can pre-order it here at B&H Photo.