The GoPro HERO 7 is the latest action camera the long line of HERO models. This year, GoPro is moving back to tiered product categories with the HERO7 Black, HERO7 Silver and HERO7 White.

After skipping the high, mid and low product categories in the HERO5 and HERO6, GoPro brings back essentially the same product segmentation we last saw with the HERO4 cameras.

The GoPro HERO7 Black is the flagship model with 4K/60p, 2.7K/120p and 1080/240p video capture, along with live stream capability. It adds image stabilization, which combines with the extreme wide angle shots for a much smoother capture experience. GoPro calls the new feature HyperSmooth and says it delivers the performance of a gimbal within the camera. While I’ll remain skeptical of that claim, the sample footage is impressive and its about time that we see this level of stabilization inside a GoPro. 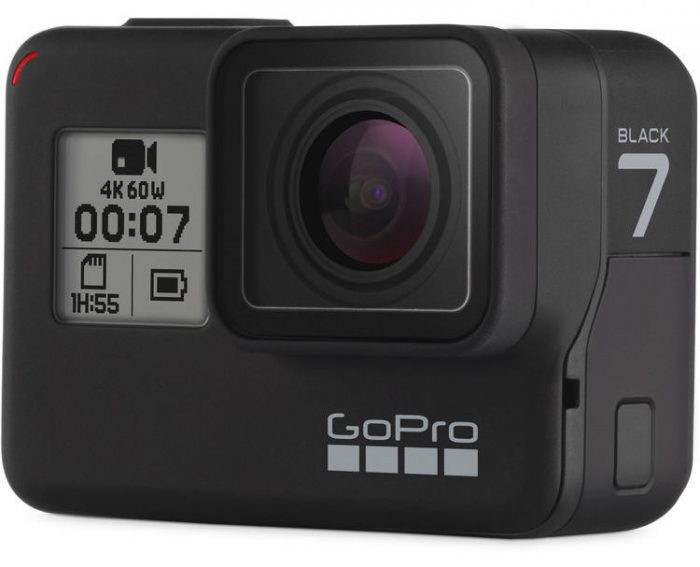 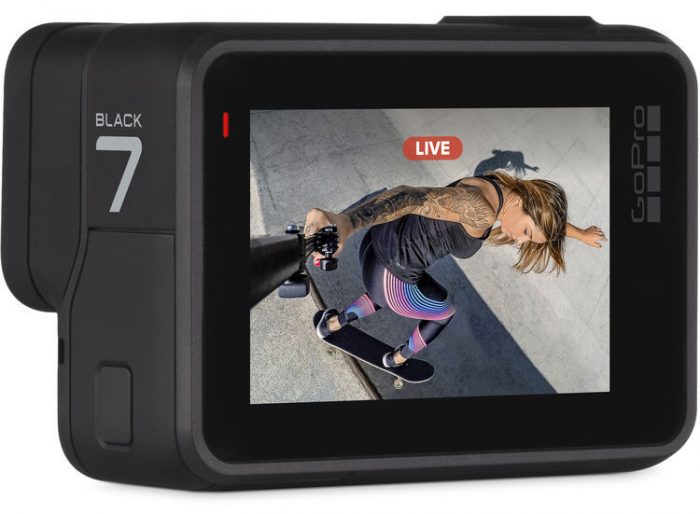 The HERO7 Black also gets a new hyperlapse feature in-camera, called TimeWarp. Again, the sample segments seen in the above video, look great. The effect appears to do a great job of processing the sped-up footage and frame stabilization in-camera.

The HERO7 Silver steps down as a mid-range model, limited to 4K/30p video, 10MP photos and less sophisticated video stabilization. Also, notably absent on the HERO7 Silver is the front LCD camera info display. Stepping down the entry-level category is the HERO7 White, which captures, at best, 1080/60p video.