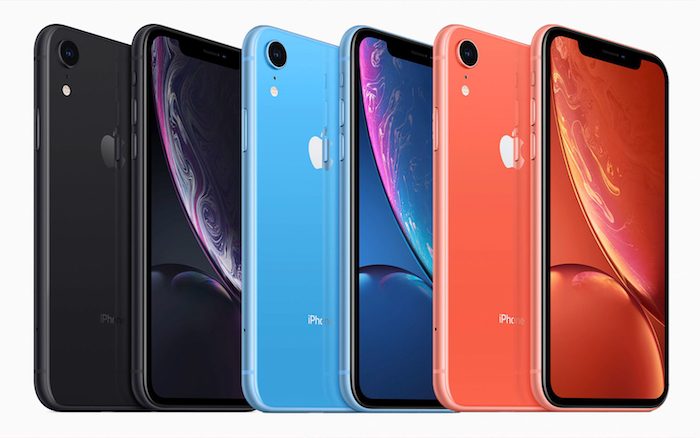 For a guy that operates a camera tech blog, you might think that I’m one who has to have the latest and greatest gadget. However, I like tech that lasts a long time and I try to milk every mile out of great tech. I still use my Canon 5D Mark II as my main camera (although I’ve been eyeing an upgrade the past couple years) and my 2011 MacBook Pro is still in service as a video editing system. In fact, I think that old MacBook Pro is a superior product in terms of design (and performance in its day) than the newer, thinner MacBook Pros, which have “clicky” keyboards with keys that stick, limited ports, no disc drive and internals that can’t be upgraded. I prefer my 2010 Mac Pro over the modern Mac Pro trash can too.

In a lot of ways, I feel the same about the iPhone XR. I’ve had the iPhone XR for a week or so and its a good phone but it doesn’t do anything special that other phones don’t do better. My best praise for it is that it is faster than the iPhone 6 from which I traded up.

The iPhone XR is Just Too Big to be “Normal”

The iPhone XR is good and fast and has all the latest and greatest features. However, it’s too big and if you want a smaller phone, you have to spend $250 more to get the iPhone XS.

Steve Jobs was right to resist the urge to create a larger phone. The screens have become so large that it affects the usability. The amount of travel that my thumb has to make to operate the phone one-handed is substantial compared to what we got with the standard iPhone 6, 7 and 8 models. Previously, you could choose between the 4.7″ display on standard models and a 5.5″ display on the Plus models. Now, the iPhone XS starts at 5.8″ and the iPhone XR and XS Max weigh in at 6.1″ and 6.5″ respectively.

Apple gets these massive jumps in screen size by increasing the vertical size of the screen, which further disrupts the hand-holdability of the phones. By all accounts, Apple expected the iPhone XR to be the standard phone of this general thanks to its lower price and rich feature set. New reports suggest, however, that the iPhone XR demand has been considerably lower than anticipated. I think the higher base price and the larger dimensions are part of the sales problem.

In addition to the larger screen on the iPhone XR, the absence of the Home button and Fingerprint ID hurt the usability.

I get that Face ID is cooler tech but Fingerprint ID was a more usable tech for me. I’m still finding myself having to move the iPhone XR to get a better angle on my face if I need to unlock it. A simple touch used to solve this. Previously, I could unlock the phone sitting on the end table next to me. Now, I have to pick the phone up and show it my face.

In an effort to make the product more technologically advanced, Apple has made a product that requires me to do more in order to use it in the same way as my previous iPhone.

The only way to avoid the Face ID frustration is to type in a passcode. That’s a step back, not a step forward.

Moreover, once unlocked, the absence of the home button is even more pronounced. What used to be performed by a simple click – essentially the least amount of motion to perform a task – requires swipes, holds and gestures that cover one quarter to nearly half the screen real estate.

The worst “improvement” I’ve experienced yet is during moving and deleting apps. As the little apps shake, you can move or delete as normal. However, when you’re done, you previously clicked the Home button to end the edit mode. Simple, right? Now, you have to use your off-hand to touch a small “Done” button in the top-right corner of the screen.

And these are very common tasks – things that we do all day, everyday on our phones. It’s just more movement across a bigger screen.

You know who has a great unlock and Fingerprint ID design?

If Apple demands the entire front side of the phone for the screen, why not put Fingerprint ID on the back? From a usability standpoint, it works even better than the front Home button.

Perhaps the most bizzarre thing about the new iPhone models is that they are completely glass. Apple has managed to make an already fragile and slippery device even more so.

This is beyond good design. Apple is so pretentious with its design that it honors form over function is almost every tangible way.

This is a device that people handle all-day, everyday and are known to frequently drop. And you’ve made it out of glass. Congrats, Apple.

But, wireless charging, you say?

But, but… the environment!

If Apple was so concerned about what plastic is doing to the environment, perhaps it should make a phone that isn’t made of glass doesn’t require a thick plastic case for the vast majority of users.

Apple has singlehandedly created and continues to fuel a massive market of third-party case makers, many of whom have much lower environmental standards and concerns than Apple alleges to possess. Apple’s self-righteous claims as a green company are overshadowed by the mess that it creates to support its ill-conceived product design.

The iPhone XR Camera is Good but Not Great

The iPhone XR has a nice camera that captures good-enough photos for a phone. The software-driven Portait mode is nice and a selling point for the typical user; however, the novelty of a Portrait model is a few generations old now and other phones do it better.

The absence of a second rear-facing camera on the iPhone XR really limits what we can get out of portrait mode because it is linked to face recognition only. This means the camera can’t pull depth data from a second sensor and give us true depth-mapping. Our blurry backgrounds are limited to scenes where the camera recognizes a face. No pet or still life portrait mode shots are possible with the iPhone XR.

I suspect this will get better as computational photography improves; however, we are going to need a second or more cameras to really get the most out of phone photography in the foreseeable future. And the tech is really promising.

Everything else about the camera is pedestrian. There’s really nothing that separates it from any other competition and many other phones just provide a better camera. Don’t buy the iPhone XR for the camera.

Conclusion: The iPhone XR is Rather “Meh”

I wanted to be excited about the new iPhone XR. I’ve been mostly happy with the iPhone 6 over the past four years. I expected to be wowed by the new tech. Instead, I’m just happy the new phone works faster.

Unfortunately, it’s a less convenient phone to use.

So, why am I still buying Apple phones?

I’m really on the verge of switching to Android. However, a couple things keep me on iPhone – primarily iMessage and the Podcast app. I’ve tried a variety of alternatives on Android and nothing quite measures up to the experience of the Apple software ecosystem. Other features like Airdrop, Notes syncing between devices and the “made for iPhone” approach of most app developers factor in as well. But its getting hard to justify when the hardware is better elsewhere.

There are so many parallels between other beloved Apple products and their lesser contemporary counterparts. So much of the jump from a great phone to a “bigger, better” phone reminds me of the trainwreck that was the jump from Final Cut Pro 7 to Final Cut Pro X.

I wish that Apple understood that just because you can do something, doesn’t mean that you should.