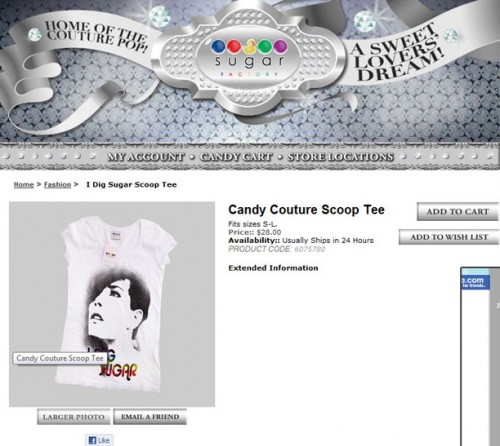 Back in February, Sugar Factory stole at least one of Ryan Doco Connors’ photos, using it on a t-shirt that it sold in its online store. When Connors called them out on it, he was told that Sugar Factory had a legal right to use it because they changed it by 40%, which is a load of crap (legally speaking).

Instead of launching an expensive legal campaign to exercise his rights, Connors did a photo shoot in honor of Sugar Factory’s theft. Check it out below. END_OF_DOCUMENT_TOKEN_TO_BE_REPLACED