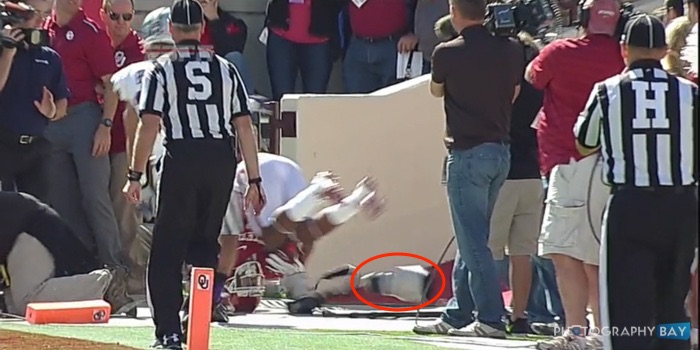 The problem for Shepard and one unfortunate photographer was that Shepard landed on top of a Canon telephoto lens. END_OF_DOCUMENT_TOKEN_TO_BE_REPLACED 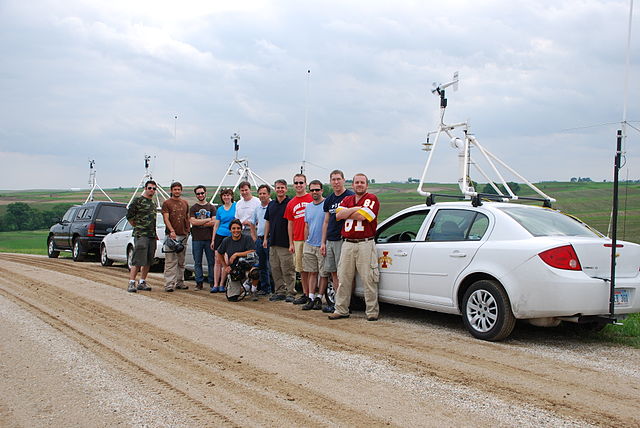 Yesterday, we shared a video of storm chasers who were caught in the middle of Friday’s tornado in Union City, Oklahoma. They closely escaped.

Sadly, though, three storm chasers of the TWISTEX storm chasing team were caught in the tornado near El Reno, Oklahoma and lost their lives. END_OF_DOCUMENT_TOKEN_TO_BE_REPLACED

Storm chasers Justin Cox and Chance Coldiron were just a few hundred yards away when the massive tornado that eventually struck Moore, Oklahoma first touched down. They captured the first 10 minutes of the tornado as it grew to a massive size and watched it cross the interstate just in front of them.

They appeared to be directly in touch with the local radio station in an effort to warn Moore residents of the tornado’s projected path and vicious intensity.

Major kudos to Justin and Chance for sticking in there to capture such amazing footage while keeping residents in the loop.

The massive tornado that tore through Moore, Oklahoma yesterday left a wake of destruction in its path. The sheer vastness of the tornado is hard to comprehend.

The above timelapse video from NBC news shows a glimpse of the scale and destructive power of the tornado as it moved through Moore, Oklahoma during its 40-minute span on the ground. END_OF_DOCUMENT_TOKEN_TO_BE_REPLACED