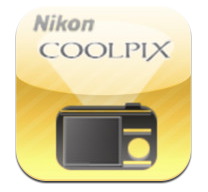 More details in the press release below. END_OF_DOCUMENT_TOKEN_TO_BE_REPLACED

The Nikon Coolpix S1000pj is a 12.1 megapixel point and shoot camera, which includes a built-in projector for displaying images directly from the camera.  The projector can produce images and video up to 40-inches in size.  The S100opj also features a 5x optical zoom, Nikon’s VR Image Stabilization System and an ISO range of 64-6400.

In use, the projector does not really disappoint, although its modest VGA resolution and dull colours mean it’s no match for a traditional slide show created using a good old 35mm slide projector.

The picture quality should not be too much of an issue with smaller prints or indeed if you are planning to set up a slideshow, but larger sized prints may begin to highlight one or two problems.

I was pretty surprised at how well Nikon implemented a mini-projector into the Coolpix S1000pj.

Despite the naysayers opinion of the S1000pj as a mere novelty, Buy-n-Shoot rate this unit as a breath of fresh air within a saturated compact camera market.

At the moment we can’t see a killer selling point other than “Wow! That’s so cool!”.