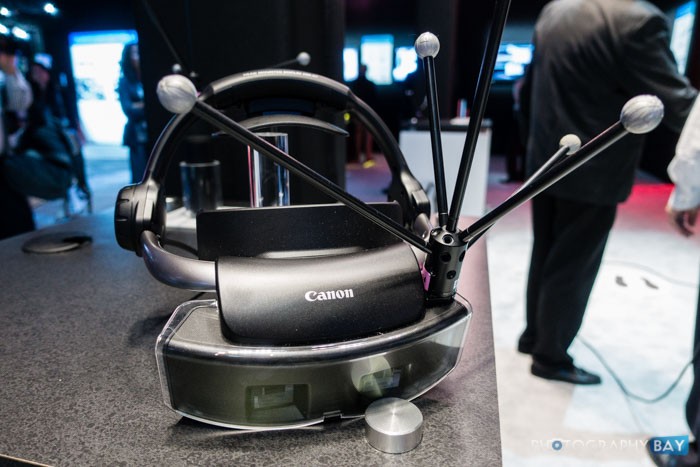 Canon showed off its next-gen MREAL concepts at the Canon Expo in New York last week. There were several demo options to check out – from car interiors and exteriors to technical repair walkthroughs. 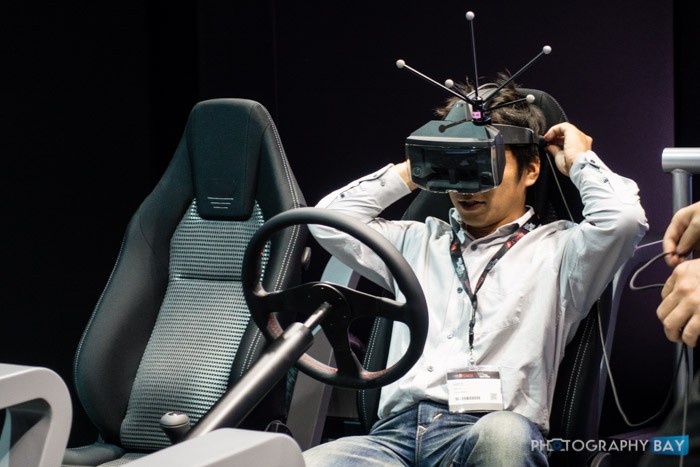 At the automobile demo booth, you could sit in the driver’s seat of a barebones car mockup. Put on the MREAL headset and you see the inside of a full-fledged car. The interaction was still pretty rough but it was an incredible visual demo. 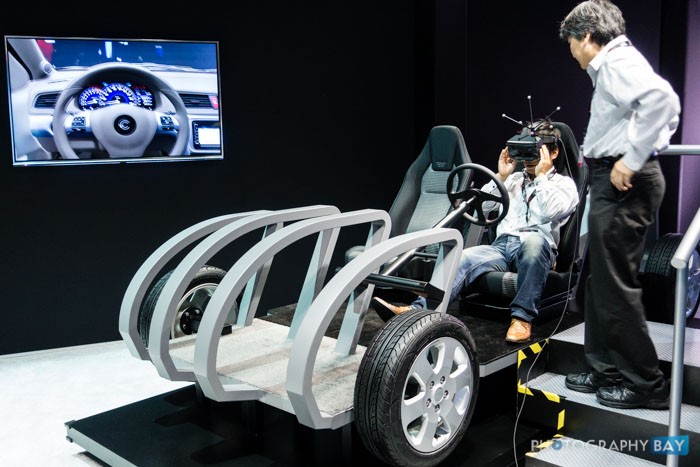 You can see in the above shot that the monitor on the wall to the left showed the same image the driver was seeing. The car’s textures and components were mapped to the “driver’s” point of view. As he would turn his head, the MREAL headset tracked to look around the car. 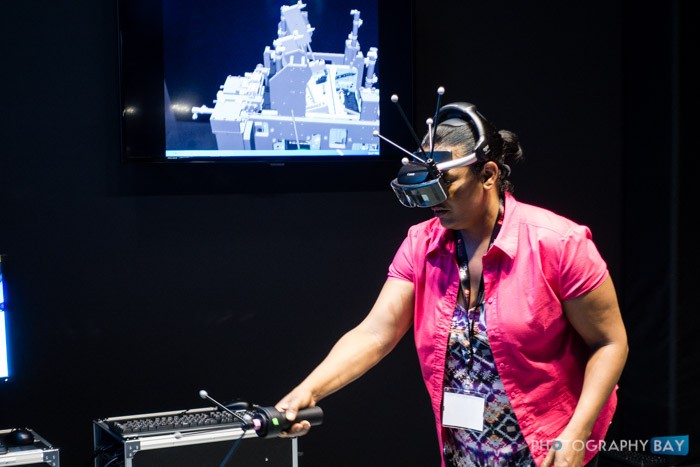 In another booth, there was a 3D printer CAD model in the VR world. Putting on the headset allowed users with a special wand to work on it. When the wand becomes visible to the MREAL headset’s cameras it appears as a screwdriver, which you can use to work on the CAD model. 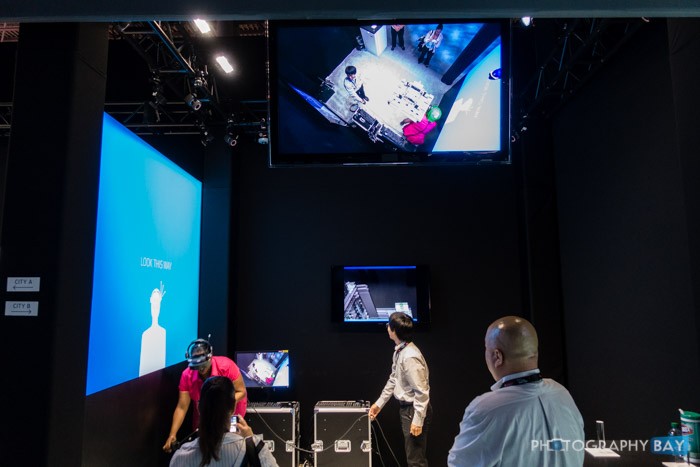 The potential use for this type of technology is doing virtual repair demos and walkthroughs for remote customers – with automotive repair being a major potential market. 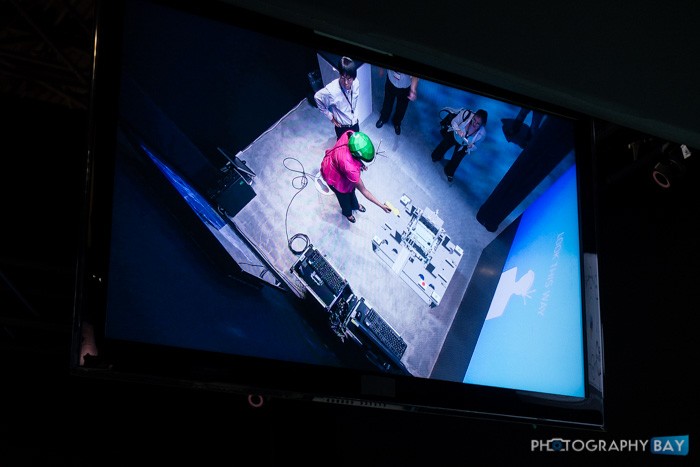 I tried the MREAL headset out for a few minutes. The mixed reality was pretty amazing, if a little disorienting at first. I feel like some of the disorientation could have been removed if the headset actually closed around your eyes so that the “real world” didn’t creep into your peripheral vision. 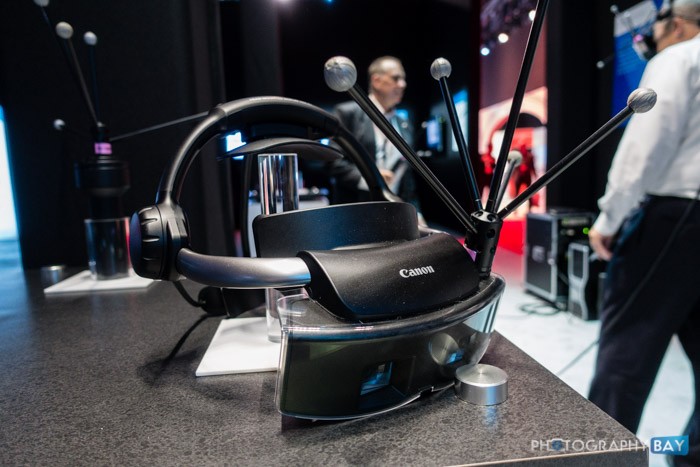 In the next 5-10 years, we are going to see a major boom in VR systems and 360° visual content. As these devices become more and more polished, we’ll see them work their way deeper into the consumer market. 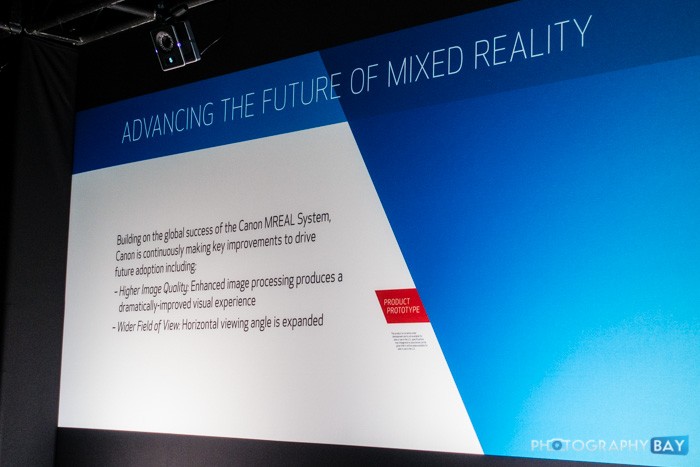