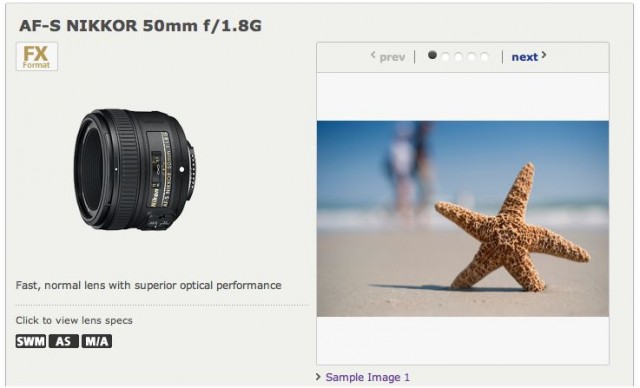 And, finally, it appears that they have.

Last week, Nikon briefly posted details of the new AF-S 50mm f/1.8G lens on its website.  (Kudos to Nikon Rumors, which grabbed a screenshot.)  The lens is detailed as an FX format lens, which means it will work on every Nikon DSLR from the Nikon D40 and D5100, all the way up to the Nikon D3X.

Of course, the listing of the new lens on Nikon’s website appears to have been a slip-up.  That said, if all the data was ready for prime time last week, the official announcement of the lens can’t be too far behind.

If you’re a Nikon shooter, is this a lens you would use?  If so, what would you be willing to pay for it?