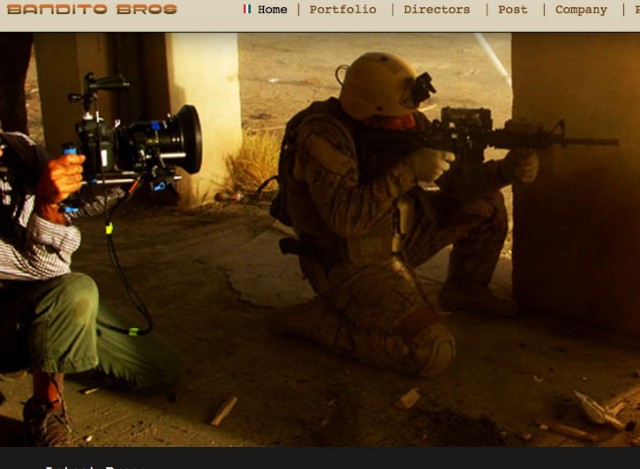 The film is looking to be a pretty big deal for Hurlbut and Bandito Brothers. Relativity Media announced today that it picked up worldwide marketing and distribution rights for a $13-million guarantee.

While every other film now seem to be shot on a RED camera (Pirates 4, the new Spiderman, The Hobbit, etc.), it’s still pretty special news to see such a big deal that brings Canon 5D footage to the big screen.  I can’t wait to see all the behind-the-scenes featurettes on this film.

‘Act of Valor’ is rumored to get a February 2012 theatrical release on Presidents’ Day.

Act of Valor follows a Navy Seal squad on a covert mission to recover a kidnapped CIA agent, and in the process takes down a complex web of terrorist cells determined to strike America at all costs. The filmmakers had unprecedented Naval access resulting in high-octane combat sequences and never-before-seen military operation scenes which are composited from actual events in the lives of the men appearing in the film and their comrades.