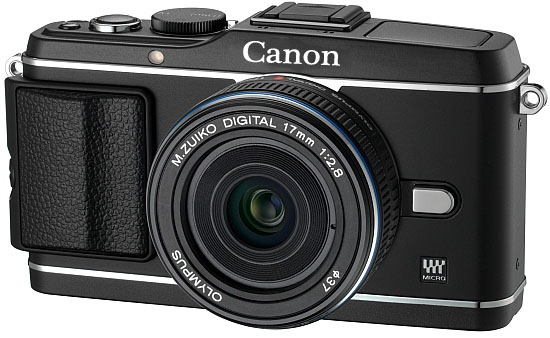 Masaya Maeda, head of Canon’s camera division, spoke to Reuters and said that production is back to pre-earthquake levels and is planning an increase for its SLR market next year.

When asked about whether Canon would enter the mirrorless camera market to combat against Sony, Olympus and Panasonic, he said that Canon is “considering the technical aspects [and the company] will launch an interesting product next year.”

However, Maeda did not commit to the nature of the “interesting product” as a mirrorless camera. Instead, he cited that it would be “small.”

This response is consistent with Maeda’s prior comments about a Canon mirrorless camera.  In an interview almost exactly one year ago he said, “It’s not a question of whether or not you have a mirror. There is a consumer need for good-quality cameras to be made smaller. We will meet this need.”

Another year gone and Sony, Olympus and Panasonic are still defining the market – with no input from Canon and Nikon.  Even Fuji is looking to get a piece of the mirrorless pie.

Perhaps we will finally see something from Canon next year at CES 2012.  Are any Canon shooters out there waiting for the mothership to deliver before setting foot in the mirrorless camera waters?

What do you want to see in Canon’s mirrorless (or maybe just “small”) camera?