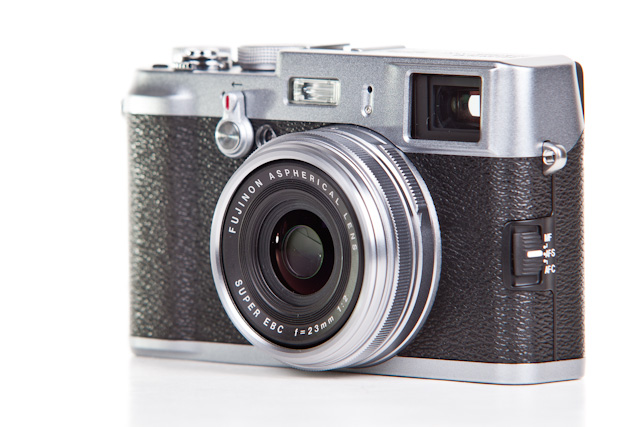 Fuji’s camera division head honcho spoke out in an interview with Reuters, noting that the company has some lofty goals to be the No. 3 camera maker ahead of Samsung and Nikon.  To get to that point, Fuji will re-enter the interchangeable lens camera market with new “luxury” mirrorless models and dedicated lenses developed in house.

Based on the quotes from the exec, it doesn’t appear that Fuji has any interest in using Nikon’s F-mount, which it used with is DSLRs before it pulled out of that market in 2004.

The article notes that Fuji barely broke even on cameras last year; however, it expects an uptick this year (if Fuji can make the X100 faster and put some on store shelves, it will make a killing this year) and big plans over the next couple of years as Fuji hopes to build a more high-end camera brand.

If Fuji’s mirrorless cameras build and improve upon the excellent X100, I would expect them to sell like crazy.

What do you think?  Would you buy a Fuji interchangeable lens camera if it was on par with the X100’s quality?