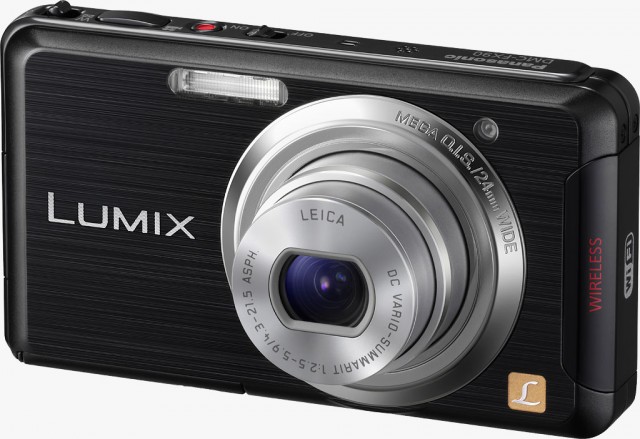 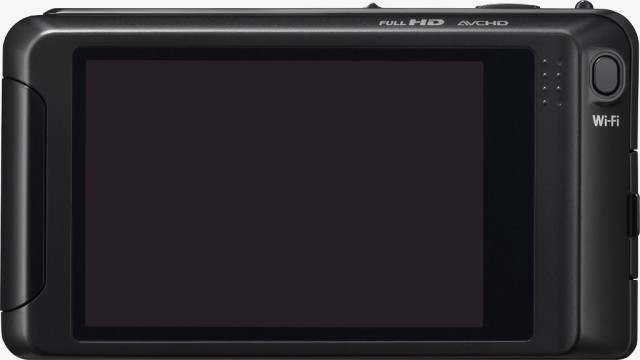 Along with the FX90, Panasonic has launched LUMIX CLUB, which is a cloud-based service that aids in syncing photos and videos from the FX90 to Facebook, Flickr, Picasa or YouTube.  A new application, LUMIX LINK, allows the FX90 to link to an iPhone or Android phone and share images over the carrier network.

SECAUCUS, NJ (August 26, 2011) – Panasonic today announces a new stylish compact digital camera, the LUMIX DMC-FX90, which adds Wi-Fi® connectivity (802.11 b/g/n) to a high-performing and feature-rich model that boasts a 24mm ultra-wide LEICA DC VARIO-SUMMARIT lens with F2.5 brightness. With the addition of the Wi-Fi connectivity, the LUMIX FX90 addresses the growing communities of people who take photos and videos and want to share them instantly via online social networks.

Panasonic also introduces today LUMIX CLUB, a cloud-based service that is accessible via a smartphone and a computer browser that allows consumers to upload photos taken with the LUMIX FX90 to the following social networks: Facebook™, Flickr™, Picasa™ or YouTube™.  Photos can even be shared with these sites simultaneously, making it easy and quick.  Additionally, once a LUMIX CLUB account is acquired, Panasonic will also provide a free, dedicated application called “LUMIX LINK”, which will be compatible with iPhone® and Android™OS smartphones, thus consumers can instantly share photos by connecting the LUMIX FX90 just once to their compatible smartphone and then using the carrier network to share photos online. After the initial set-up, sharing photos will be as simple as using the LUMIX LINK application on the smartphone.

“The FX90 is a digital camera packed with high-end imaging features, enabling consumers to take photos and videos that they are proud to share with friends and family, as well as archive to preserve their memories,” said Darin Pepple, Senior Product Manager, Imaging, Panasonic Consumer Electronics Company. “With the FX90’s Wi-Fi connectivity capabilities, users can now share these photos instantly on popular social networks via an iPhone or Android OS-based smartphones. Sharing photos online is one of the biggest trends now and Panasonic believes image quality does not have to be comprised. With the FX90’s incredible F2.5 lens, photos will be crisp and clear, even when taken indoors with poor lighting. And with its sleek body and extremely fast Auto Focusing, the FX90 is the ideal digital camera to capture all of life’s moments – big and small.”

Using the LUMIX LINK application, users can enter and store all their social network account information and will not have to log-in to individual sites after the initial set-up.  At home, users can directly upload the images to the social networks via the access point of a home router or a wireless connection. To make accessing Wi-Fi even easier, the LUMIX FX90 has a convenient dedicated Wi-Fi button that when pressed, directly opens a Wi-Fi Connection mode outside home and gets WPS (Wi-Fi Protected Setup) connection at home. The Wi-Fi module is located on the opposite side of the grip so as not to interfere with the connection signal.

In addition to its Wi-Fi connectivity features, the LUMIX FX90 is an outstanding digital camera complete with a stylish design and sleek body.  With an ultra-wide-angle Leica lens complete with a 5x optical zoom (available also in video recording) and an F2.5 brightness, the LUMIX FX90 excels in a variety of shooting environments. Whether taking a photo of a landscape, or capturing moving subjects even in low-lit situations – the LUMIX FX90’s outstanding lens will take the photo brightly and crisply.

The LUMIX FX90 also features a 3.0-inch 460,000-dot LCD with Smart Touch, meaning all controls can be made by intuitively touching the screen. Touch operations while recording, include: Touch AF, Touch Zoom or Touch Shutter. And during playback, the Smart Touch feature can be used with the Beauty Retouch and Art Retouch modes. In addition, functions and settings used most often, such as O.I.S., AF point and white balance, can easily be customized to the user and accessed via the shortcut setting by dragging the icon to the main menu.

The LUMIX FX90’s outstanding performance is powered by a 12.1-megapixel Hi-Speed CCD sensor and is compatible with high-speed, large-capacity signal processing required for 1920 x 1080 60i (sensor output 30p) full-HD video recording in the AVCHD format. Videos can also be recorded in MPEG4 format to easily playback on a computer and other portable electronic devices. To complement its high-quality video capabilities, the LUMIX FX90 also includes Dolby Digital Creator to record high quality audio. The Venus Engine powers the Sonic Speed AF, enabling extremely fast start-up times, making the LUMIX FX90 not only a powerful digital camera, but a speedy one, too. Also, the Venus Engine also provides precisely selective noise reduction to the chromatic noise without affecting the border of colors, so images are naturally clear and crisp in both photo and video recording.

Access to the LUMIX CLUB is expected, be available on September 5, 2011 here: http://lumixclub.panasonic.net and will allow consumers to easily share their images on Facebook, Flickr, Picasa or YouTube.  In addition the LUMIX LINK applications for iPhone and Android OS smartphones will be also available.  The LUMIX CLUB site will available in six languages: English, Italian, German, French, Spanish and Japanese.  In the future, LUMIX CLUB plans to add the following features:

Pricing and availability for the LUMIX FX90 will be announced approximately 30 days prior to shipping.  For more information about Panasonic LUMIX digital cameras, please visit www.panasonic.com/lumix.