Not only is Canon looking to put wireless TTL radio flash sync in future cameras, it is also working on technology to sync remote cameras with your primary camera.

Chances are that this camera sync uses the same IEEE 802.15.4 standard identified in the prior radio TTL patent applications, which is more commonly known as a wireless standard applied for low-rate wireless personal area networks operating at 2.4GHz, 915MHz and 868MHz.  If that’s the case, we can probably expect at least 300′ of reliable range from the built-in camera communication, which doesn’t take into account repeaters or extenders (if available). 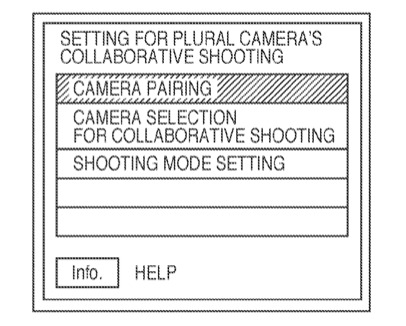 The present application reveals a couple of different shooting modes for syncing the master and slave cameras – synchronous and continuous. 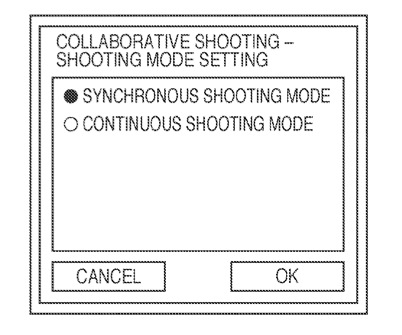 In synchronous shooting mode, the master camera and each slave camera (there can be multiple slaves) are linked together via the camera menus.  Whenever the master camera’s shutter releases, each of the slave cameras fire at virtually the same time.  As a result, you cover the exact moment of a scene from multiple angles. 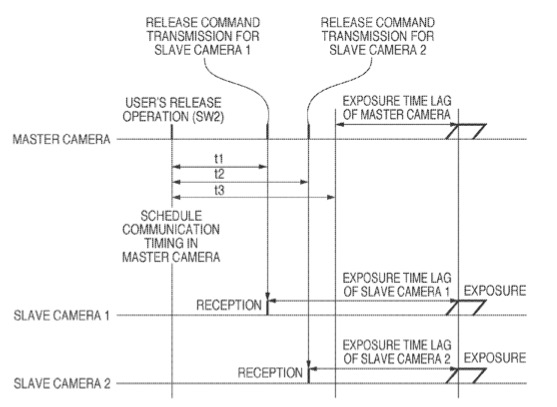 In continuous mode, however, the slave cameras fire in succession after the master camera.  Canon provides the example of a camera that shoots 3 fps yields an effective frame rate of 6 fps whenever they are paired in continuous shooting mode.  Adding a third camera staggers the shooting rate to an effective 9 fps among the three synced bodies.

Of course 3 fps is rather meager when you consider the 10 fps of the 1D Mark IV.  Syncing 3 of those cameras should yield an effective frame rate of 30 fps.

Of course, that’s been done before for USA Today…

With this technology, however, it shouldn’t take 5 days to set up such a system.  Canon lays out the setup process to be as simple as making a couple of menu selections and then you’re multiplying your frame rate by the number of bodies you have. 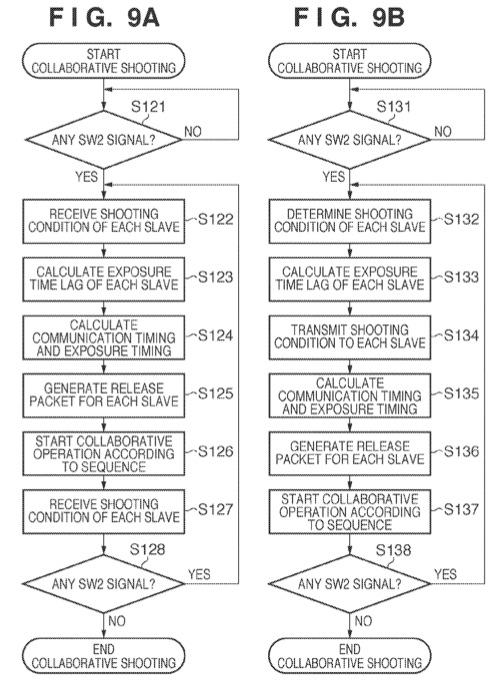 If Canon will hurry up and push this tech out with its radio-sync wireless flash in the next 1D/1Ds body, it could take a step or two ahead of Nikon as a the sports photography king of cameras.  (That is, of course, if Canon’s AF is up to par.) 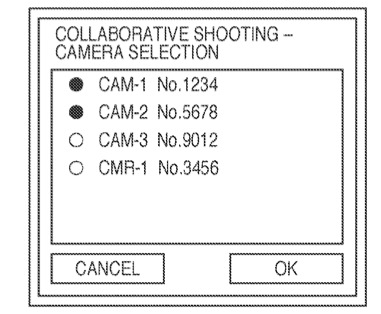 I, for one, am pretty excited about this technology; however, I think it is well past time that Canon and Nikon push the envelope on features like this.

Want do take a look at all the legalese in the patent?  Download it here: