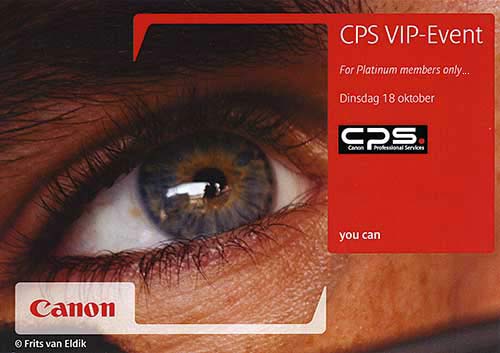 Canon Europe sent out an invite for a CPS VIP event on October 18, a date which had previously been rumored as a announcement date for the Canon 1D Mark V or 1Ds Mark IV.

Rumored specs for the Canon pro camera are as follows: